Tomioka Beauty… rather rare lens in this apparently near mint condition. If we understand the serial numbering system… the ‘552’ is the model number if you will (for lack of a better term). The 55 = 55 mm and the ‘2’ is the maximum aperture of 1.2. The next numbers are the production sequence numbers… 1,773 rd made.

So there you have it! One of the best of the original super fast 55 mm lenses for the M42 mount.

Have a great Yashica Day!

Occasionally we can get off track here on the ‘Fanatic’… well more often than not. Here’s a quick post about a rather rare camera on this side of the world.

Some have classified it as a toy camera as it is made very simply with lightweight materials and a plastic lens. In Japan (we believe the only market where it was sold) it was designed for use by children, “adult” women and beginners. At only ¥1950 it was inexpensive even by today’s standards. In our opinion here on the ‘Fanatic’, the Fujipet was no more a toy camera then the extremely simple and very popular Kodak Instamatic series of cameras. 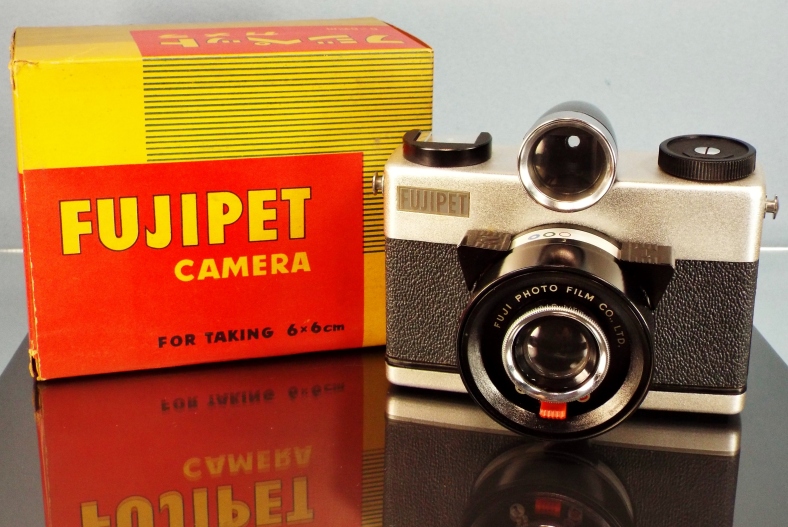 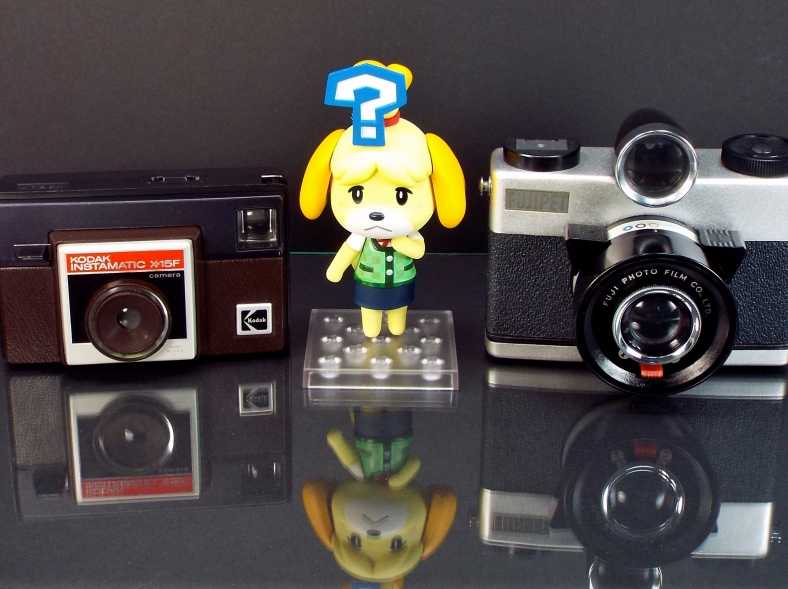 Shizue is confused! One of these cameras is considered by many to be a toy camera while the other was thought to be a serious camera. Each sold over a million plus units. Each has a plastic lens. The Kodak is mostly a plastic body with some internal metal parts and the Fujipet is plastic and aluminum and actually has a rather substantial feel to it. Of course the Kodak used 126 film in plastic cartridges and the Fuji? Professional 120 roll film producing 6 x 6 cm negatives. Toy? 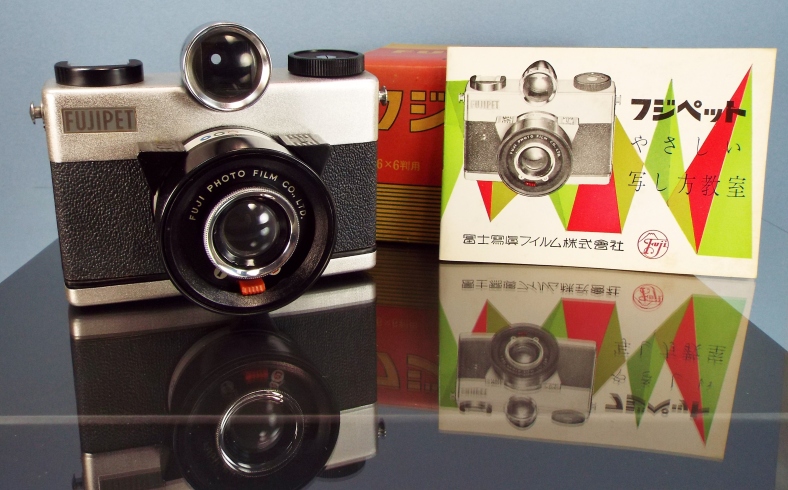 The coolest name around!

We will be running a roll of 120 film through soon… stay tuned!

Many thanks, Chris and Carol