A recent post by a friend and fellow blogger, Aunt JoAnn https://auntjoannblog.com/, made me think about some long put away bells that my mom collected (small collection thankfully)! Pretty little bells from her travels. Others collected postcards and various trinkets as souvenirs, but for my mom, it was always bells. Oh the bells! The bells!

This little bell is only 3 inches tall and about 2.5 inches at the base. It often sat near our dining table so it naturally became an unofficial dinner bell. It has a lovely soft “tinkle” sound. 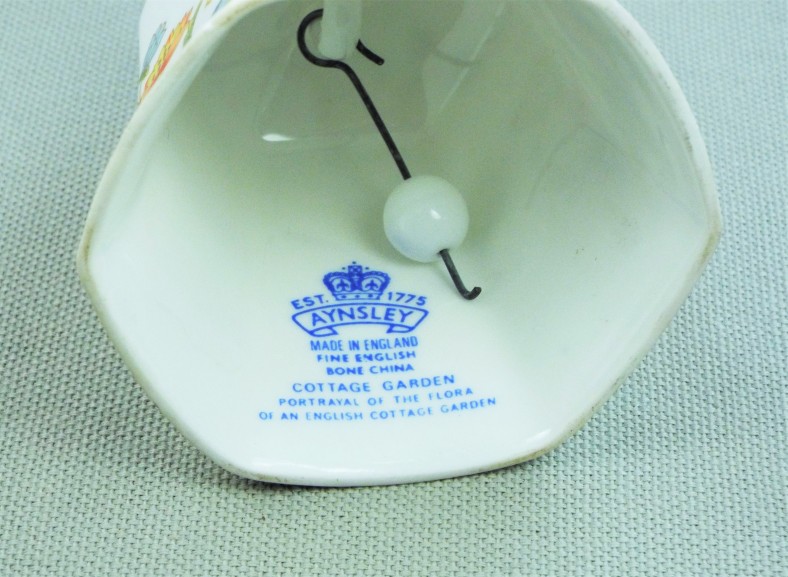 The colors are beautiful and the flowers are lovely. It’s one of her prettiest bells. 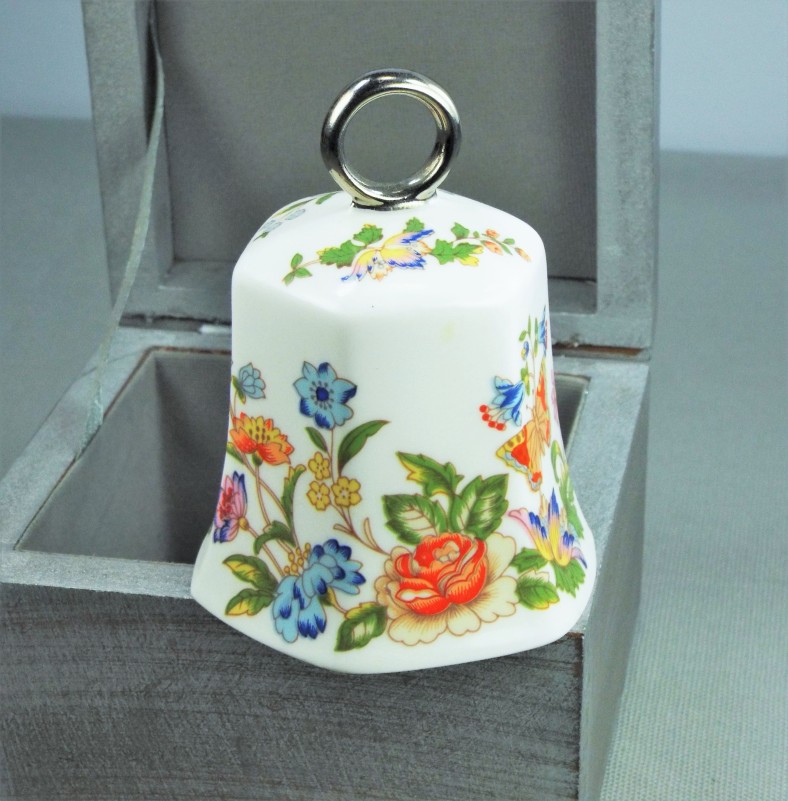 We don’t collect bells and really have no place to display them. When your parents have passed you naturally inherit their collections of things and when your children don’t want these items (no room for them even if they wanted them) we’re left with what to do with them.

It’s a shame really, but the reality is that as we age our children will be faced with the same problems we’re facing now… no room in our downsized homes for such stuff. So what to do with the things that tie us to our past. No easy answers – we’re reminded just how fragile life is and how our homes are almost always in some sort of danger (Hurricane Harvey and the flooding). We lost some very personal items when Hurricane Hugo (1989) roared across Puerto Rico trashing our home. We were gone, our cats were safe but many things (from my mom) were destroyed (including some of her bells) in the rains that blew through our broken windows.

So that brings me to thinking about the latest disaster in Texas and along the Gulf Coast… some people lost their lives, families are torn apart, some will lose their jobs forever, their stuff is wet and in some cases swept away in the flood – damaged and destroyed. But they will have memories of the better times and hopefully will be able to put their lives back together again.

It’s amazing how one post in a lovely blog can help to recall some cherished memories. The power of words and the gift of memory.

Stay updated as we add new cameras with stories to tell.

Thanks, Chris and Carol ^.^ 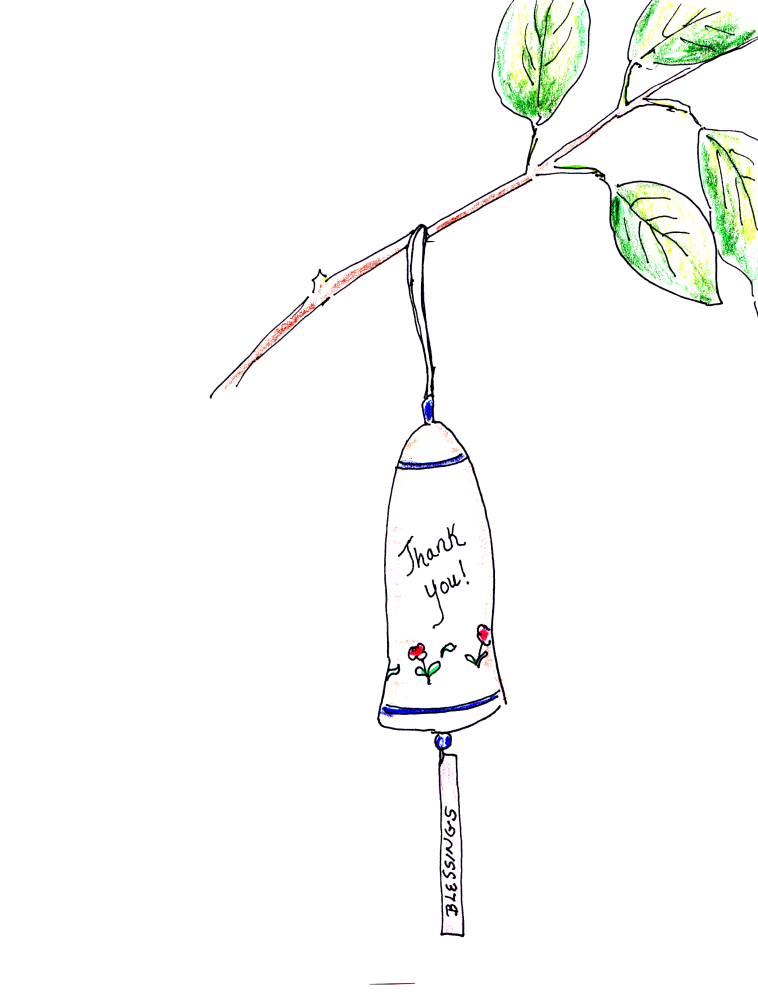 Lovely artwork and a wonderful blog! Check it out!

Do you have a bell or, maybe, chimes in your garden?  I don’t mean the clanging brass dinner bell, calling everyone to supper, but the delicate bells and hollow tubes that sing in the breeze.

I have my favorites, that I put away before snowfall and bring out in the spring. My brother, a fellow gardening enthusiast, gave me two of these.

One is on its own matching pole, made of metal crafted to look like a bent tree branch embraced by a twining vine. It has a little bird attached to the top of the crook, and it makes me smile every time I see it. I put it in the front garden, ready to greet anyone who wanders up the drive.

The other is a more traditional bell. It has a green finish, and hangs from a hollowed out copper star, encasing a small, silver gazing ball. It…

Old bricks make up our town.

Some background – Yashica acquired Nicca in May 1958. Nicca was well known for making high quality 35mm rangefinder cameras since the late 1940s.

Nicca cameras normally came with lenses branded as Nikkor. When the Nicca Type 33 was released in 1958, it came with a Nicca branded lens. We don’t know if Nicca was the actual lens maker or another company made the lens and Nicca had their name affixed. Either way, when Yashica took over the company the Nicca 33 was sold with the Nicca branded lens. 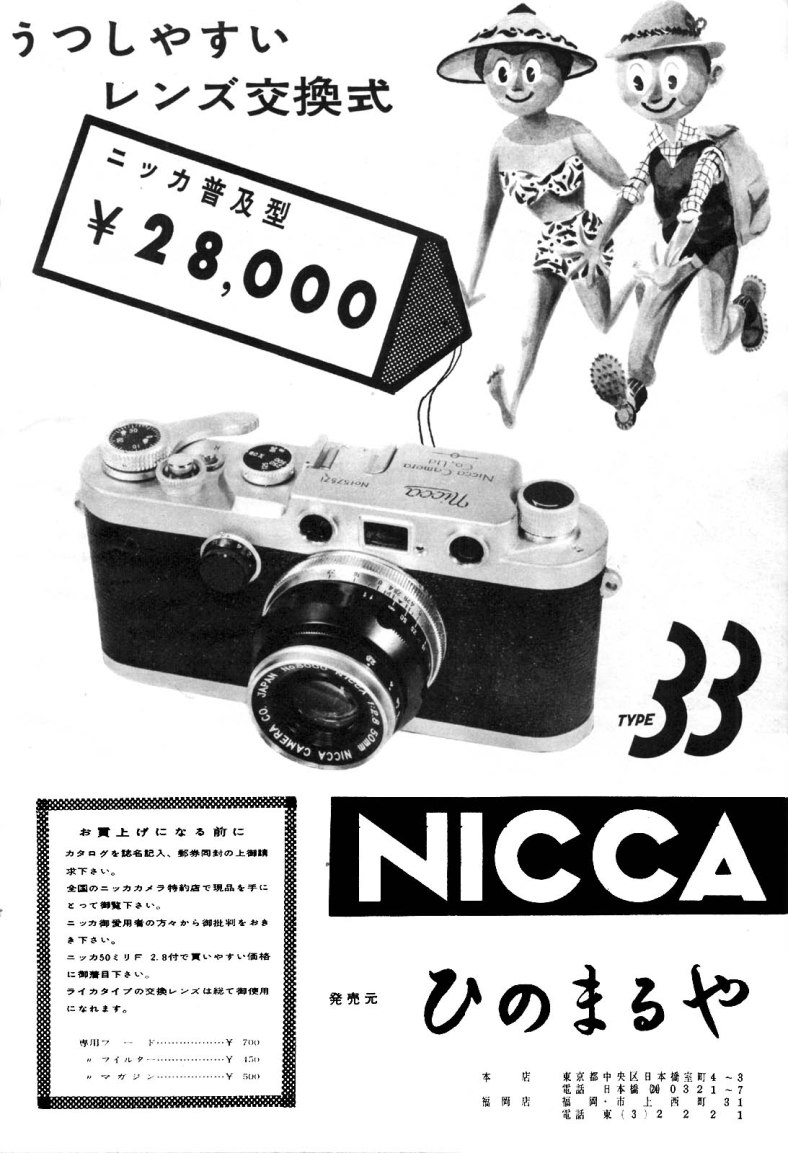 Cute original advertisement from July-August 1958 for the Nicca Type 33 35mm camera and lens.

If you look closely at the ad above, you can see that the lens is marked “Nicca Camera CO.” and is a 50mm f2.8 lens. The serial number isn’t completely clear but looks like a prototype number or some sort (maybe not)… maybe 8000 or something. The list price is interesting too at ¥28,000.

The serial number of the camera body is No. 157571 – which if it was recently made would put it about mid production. It’s claimed that only 1,000 units were made over a short period during 1958.

The Yashica YE – with some minor physical changes to the top plate, the Nicca 33 is now the Yashica YE!

Note the significant price difference from the Type 33. This ad is from about March 1959.

There is some conflict over exactly when Yashica released (or started building) the YE. Our thought is Yashica would wait until all of the Nicca Type 33 bodies and Nicca lenses were used before building their version. Since the YE was Yashica’s first 35mm rangefinder camera, you would think Yashica would want to bring the YE to market as soon as possible. The YE has the “new” Yashikor 5cm f2.8 lens – we’re unsure if this is a redesign of the Nicca lens that’s on the 33 or another lens made for them by Tomioka Optical or, a new lens made by Nicca for Yashica. Confusing we know. It gets even more confusing since Yashica didn’t “officially” complete the transaction with Nicca until the late 1960s! In the meantime, Nicca became Taiho Optical… a name that Yashica bestowed upon its newly acquired company. Go figure.

So when did the first Yashica YE models roll off the assembly line? Well we think we’ve decoded the serial numbers that Yashica etched into the YE. If our interpretation is correct, Yashica assigned a simple date code to them. Some sites claim that the YE came out in 1959 and still others claim 1958. Exact months were not given.

Our recently acquired Yashica YE.  We’re not sure which lens we want to get for it yet. Of course it takes any lens with the L39 screw mount.

Why use December 1958 as the start date? We’ve seen a very nice Yashica YE with the following serial number (No. 128049) which decodes to: 12 = December, 8 = 1958, and 049 = the 49th made. We’re not in a position yet to conclusively claim that this is how to decode the serial numbers, but we feel very confident based on previous experience.

Our YE has a bit of surface corrosion here and there but it’s clean inside and out and has (not yet fully tested) a working shutter that sounds great at all speeds. The rangefinder windows are a bit cloudy but still viewable.

A note about the selling prices between the two cameras. The Nicca Type 33 listed for ¥28,000 and the newer YE for ¥23,800. Was this a perfect example of Yashica being able to deliver the same camera at a better price due to their sheer size or was it Nicca listing the camera at its fair price?

As Yashica was designing their first 35mm single-lens reflex camera during the Summer of 1959 (with help more than likely from the newly acquired Nicca Company) they faced another challenge… since it was decided to use an exclusive lens mounting system (Pentamatic bayonet mount) and not go with the more common M42 screw-in mount, they put Tomioka Optical Company in a bit of a spot.

Tomioka was their exclusive lens supplier through the 1950s but Tomioka also supplied a wide variety of lenses to other manufacturers as well. That meant that Tomioka would have to start building a new lens series with an exclusive mount very quickly in order to have enough lenses available to meet the demands of a new camera hitting the marketplace by the Spring of 1960.

Here is but a small collection of Pentamatic lenses that were available in the early 1960 time period.

This was the most exciting image I was able to get at the “height” of the solar eclipse here in extreme Northeast Florida. It did get darker and with the cloud cover made for some interesting lighting. A steady light rain with some occasional thunderstorms made for excellent viewing.

One of Yashica’s largest zoom lenses – from the mid 1970s. M42 mount. Beautiful lens in mint condition with the original box and all papers. We’re waiting on our M42 to Fujifilm X adapter to arrive. Can’t wait to see what this can do on the Fuji X body. 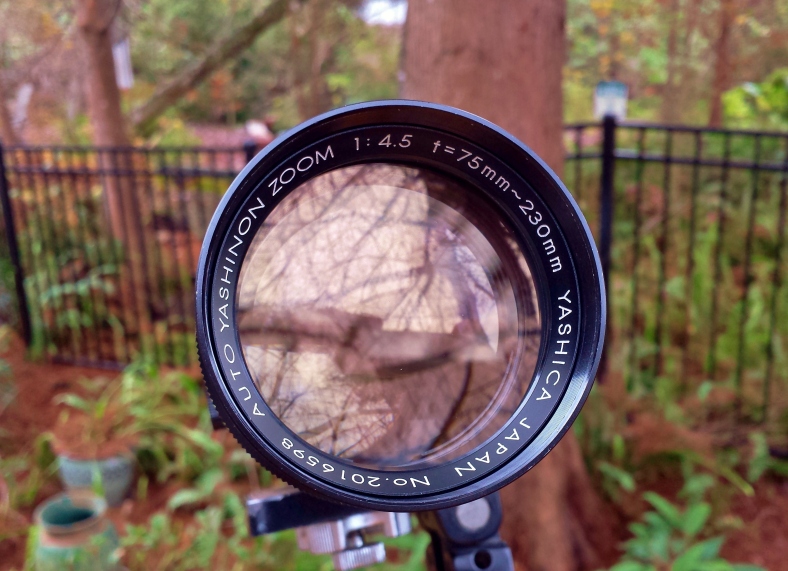 Thanks for your visit and if you’re interested in purchasing some of our fine art photographic prints stop by https://society6.com/ccstudio2380

As many of you know if you’ve been following our blog regularly, that Carol and I are prolific camera collectors and photographers. We enjoy photographing with our analog and digital cameras and the older the camera the better!

Over the next few weeks we hope to make some additional prints available for sale here on our blog. We’ve even talked about offering some of our collection of classic cameras (mostly Yashicas) here also. We are getting to the point in our collecting careers that it’s time to share our stuff with fellow collectors and budding film photographers.

Matted and ready for framing.

Please contact us if you have questions about our services and we are able to offer custom services.

If you wish, the print can also be purchased at https://society6.com/ccstudio2380 as they offer an expanded list of additional services and products.

Many thanks, Chris and Carol ^.^

The sky over North Florida was cloudy with a light rain falling. Occasional lightning flashed in the distance – perfect for viewing the eclipse.

So here are my eclipse pics!

Our gorgeous waterfront along the Amelia River west of Amelia Island –

Hope your eclipse pics were better than mine! (I’m sure they are) 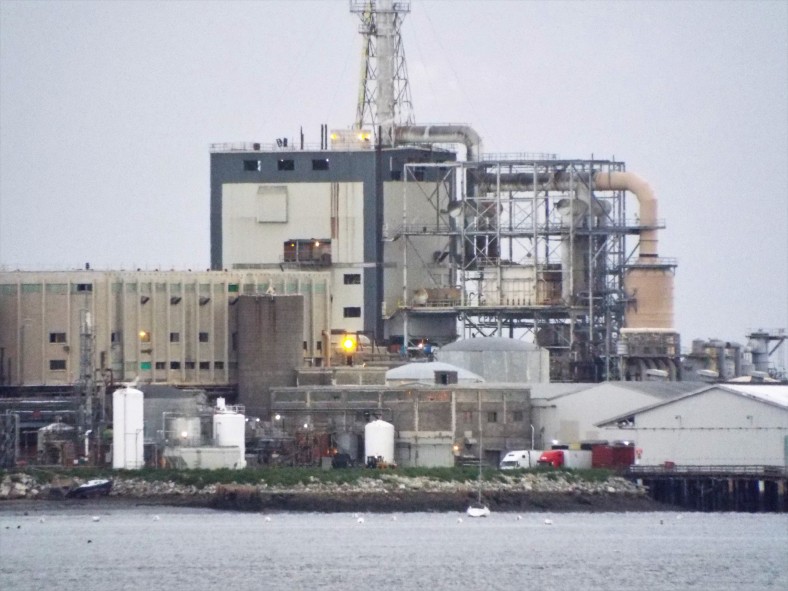