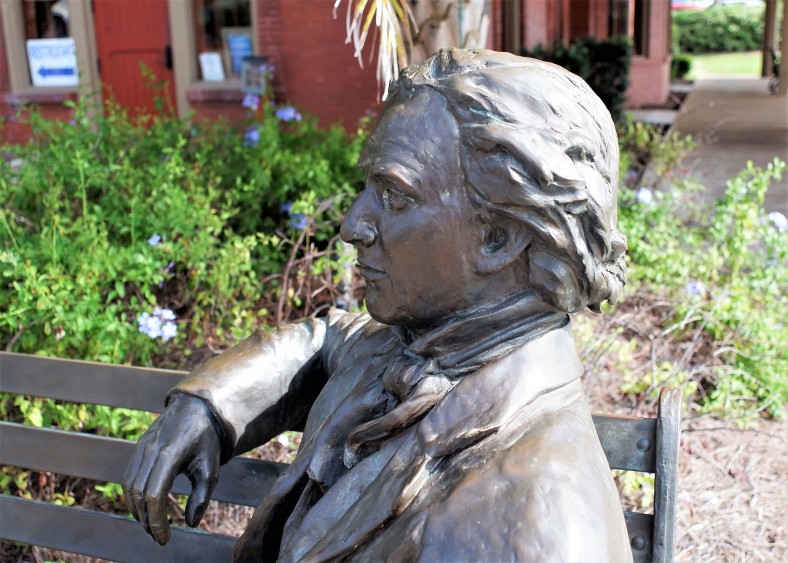 Mr. Yulee waiting for his train. 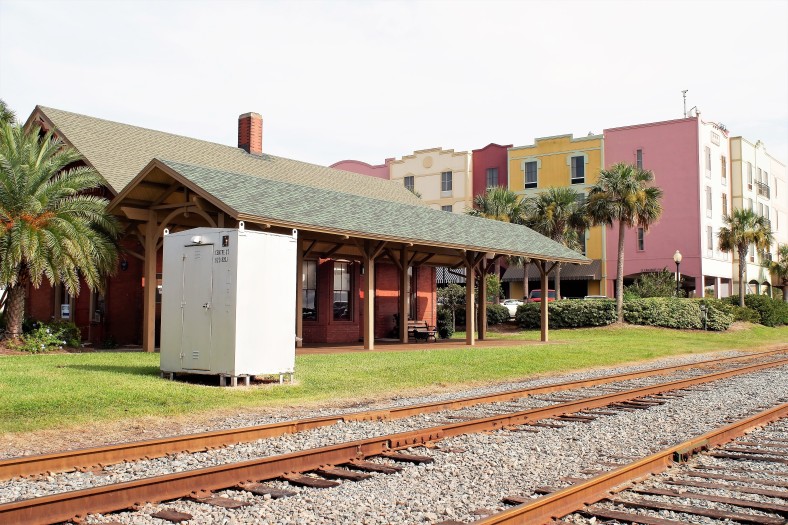 For the most part, these tracks follow the same path that they did back in 1856.

Downtown Fernandina Beach as it looks today – Fernandina’s history closely follows the success of the railroad (or lack of it) to its present day look. 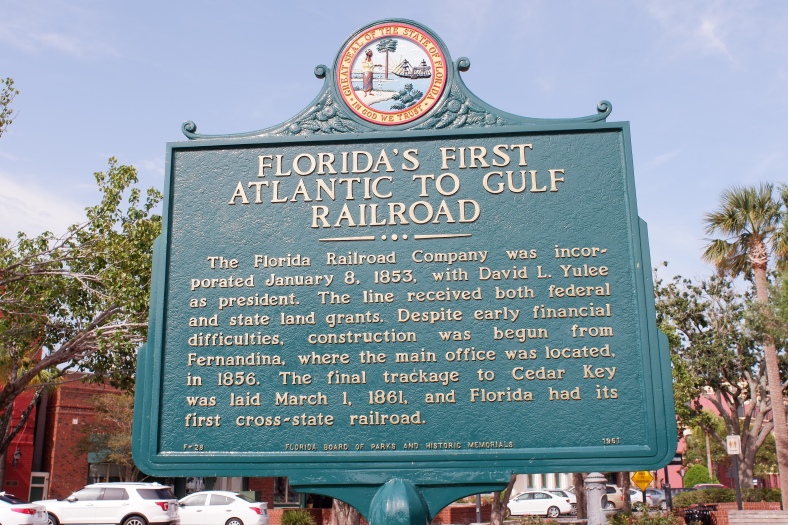 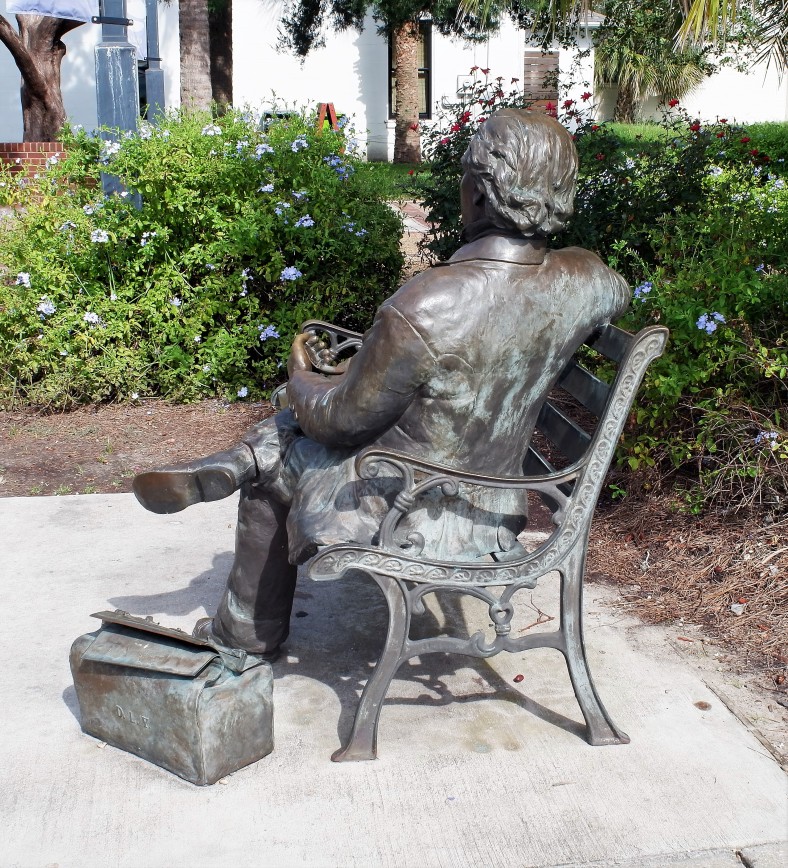 Although Senator Yulee is credited with many great accomplishments during the mid to late 19th century he remains a troubling figure. He gave up his seat in Congress when the Civil War broke out and his famous railroad was built on the backs of slaves. The Union Army took out most of his rolling stock on the west coast of Florida and even fired at Yulee’s train as it left Fernandina for the last time during the early stages of the war. The town of Yulee, Florida (nearby) is named for him as is Levy County, Florida.

Mr. Yulee was a prisoner held at Fort Pulaski (near Savannah, Georgia) for about 9 months following the war in 1865 – more than likely because of his support for the Confederacy .