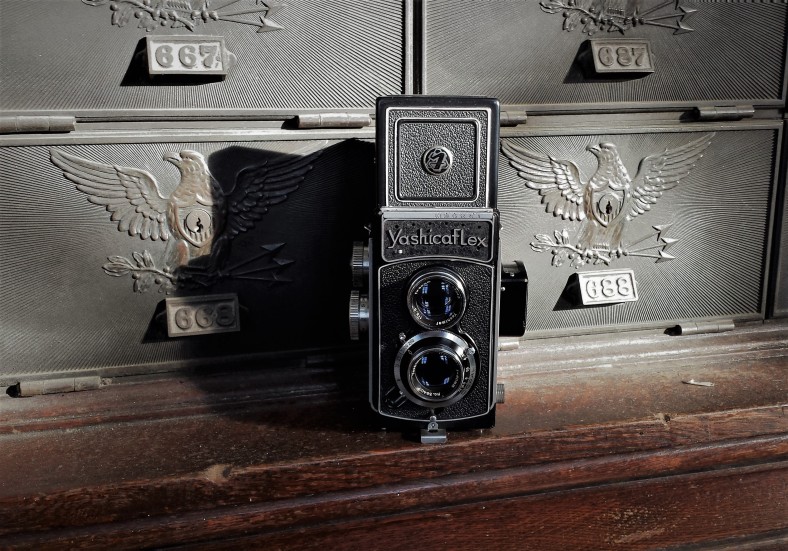 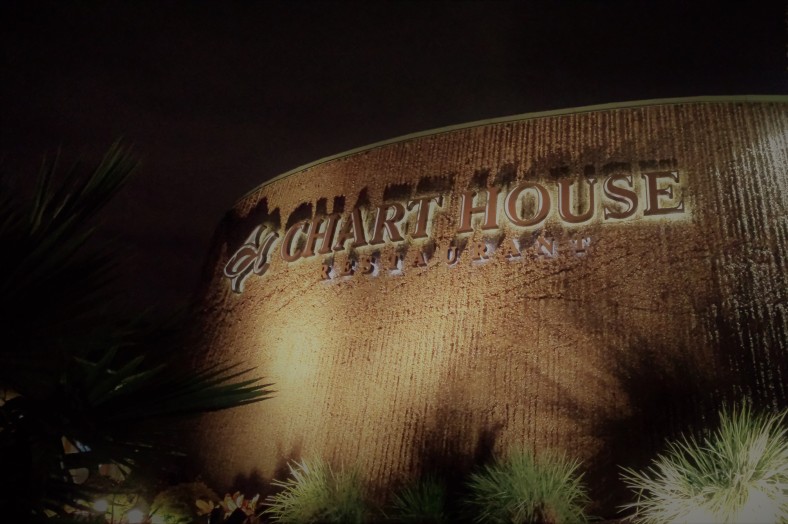 One of our favorites – along the south bank of the St. Johns River in almost downtown Jacksonville.

Our daughter Lindsay’s art from her high school days. ^.^

As seen along an I-95 rest stop – first one in Florida. 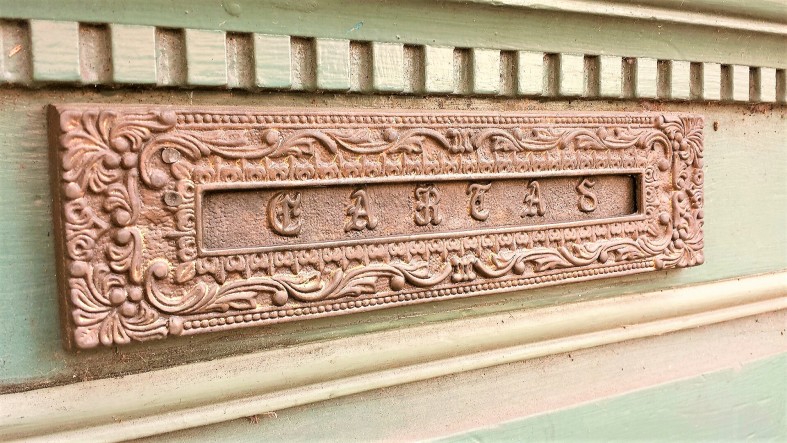 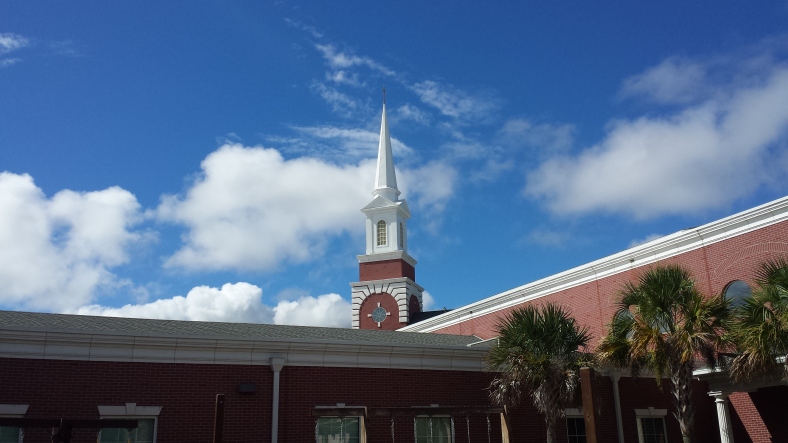 Forgotten tool from an abandoned project – as seen through a window that I had installed a long time ago on tile carefully set by me. This was once our house – it was completely reconstructed over the 8 years we lived there. Then sold. Subsequent owners and renters left the house in ruins. A visit back saw the house gutted and lost.

Brass numbers hang neglected – a haven for spiders. I shaped that cedar plaque and affixed those numbers.

A sad sight for us. It was once nearly perfect. Time takes its toll.

Our garden shed was once bright and filled with plants and potting supplies. The grass was perfect and lovely boardwalks connected the shed to the main deck and garage. Weeds and wasps now. 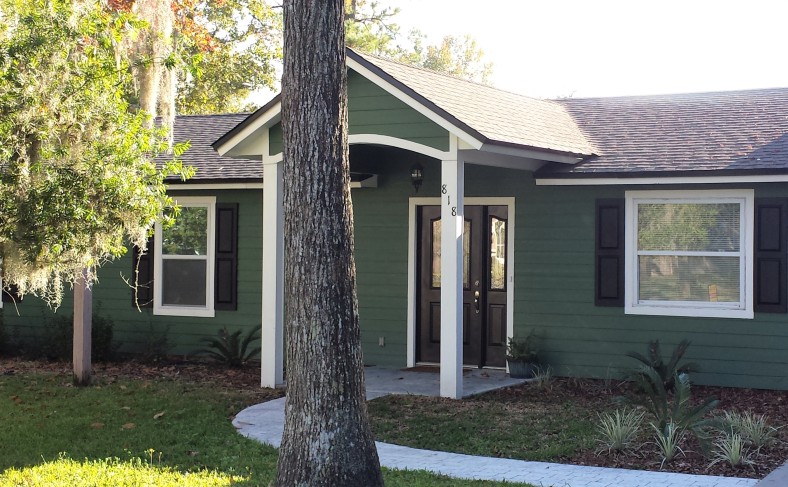 Thanks for your visit…

On permanent display outside the U.S. Naval Submarine Base (SUBASE), Kings Bay, Georgia

Not often do you get to see a submarine surfacing through the earth.

A true Cold War warrior.  America deployed the first boomers, the Forty-one for Freedom, to deter the Soviet Union from launching a first strike nuclear attack on the United States. 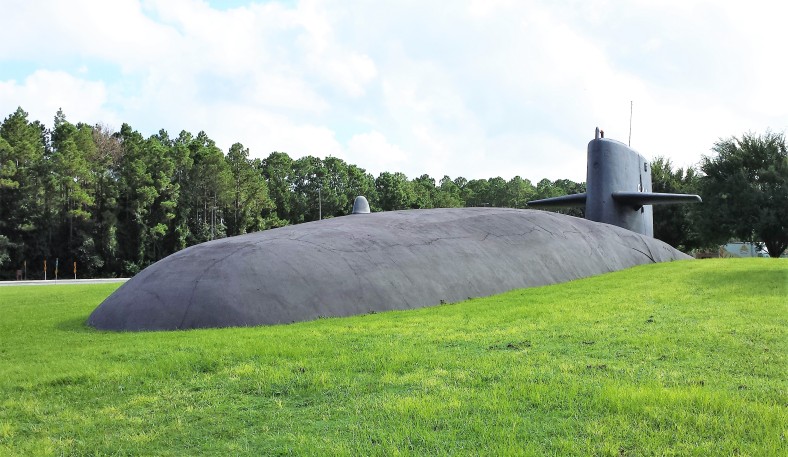 Love them or loathe them, they prevented a nuclear war with the Soviets and that was their mission.

The new (1980s) Trident class nuclear ballistic submarines (SSBNs) are the latest way to deter an enemy from launching a first strike. They are essentially invisible to our enemies while on patrol – hence the strategic deterrent. Even if all of our land based nuclear capabilities were destroyed in an insane first strike, the Trident fleet would essentially deliver a final blow to our attackers and lessen the chances for a follow on attack. Crazy stuff to think about but it is the reality of the world. Until all nuclear weapons are eliminated, it is the future that we have to live with.

Praying for an eventual end to all nuclear weapons and actually working towards that end are two different things. Someone must step forward to start the process.

Give peace a chance… but in the meantime ensure that peace has a chance by a strong commitment to deterrence.

As collectors, Carol and I have to make some tough decisions from time to time (actually a lot). While we would love to own every camera, lens and photo thingy that strikes our fancy, we, like most people, have a budget. Well not really a budget per se as a budget requires planning and thought – something we rarely do. What we have in reality is limited space (and funds) just like most people. Compromises must be made – negotiations entered into and decisions rendered.

So our collection is a dynamic thing – a living, breathing thing that must be fed and then purged. Buy – play with – cherish and then sell. Here (in no particular order) is some of the gear that we wish we still owned…

Why? It was in mint new condition with no issues. The glass was pristine and we had the proper Canon lens hood and both Canon lens caps (and case). It just didn’t wow us! I had always wanted it since day one (1978) and had to settle on a Canon Fd 24mm wide angle instead due to the silly cost of the thing. I LOVE the 24mm – it is one of my most widely used Canon lenses. When we finally got this 17mm in 2014 and shot with it, well, nothing special. The images weren’t dramatic enough to justify owning it so it was sold. Why the regret now? We didn’t give it a fair shot. Maybe we shot a roll and a half with it. Not enough time really. The other reason – when it’s mint you freak out all the time about messing it up and messing with the resale value. Stupid reason but it happens. 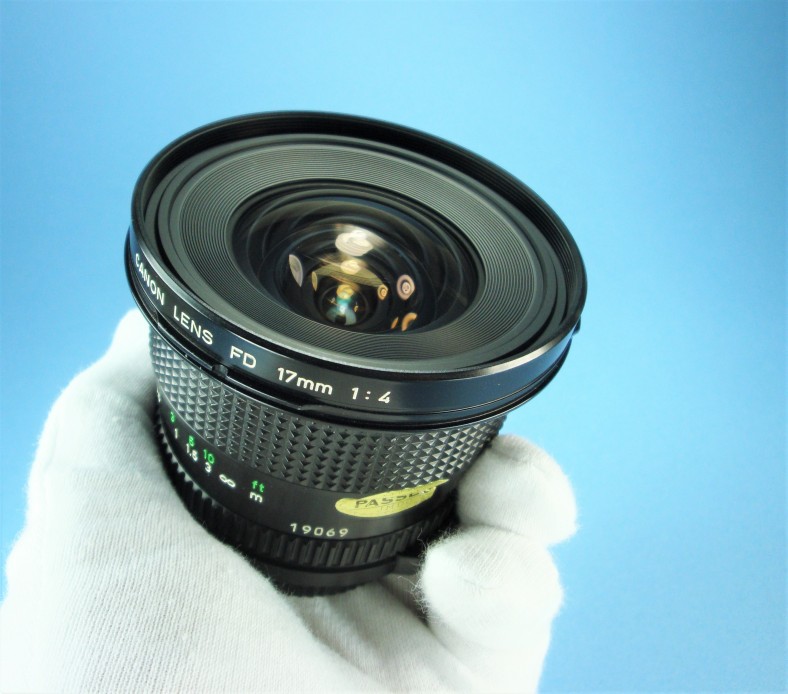 Why? Beautiful camera in nearly perfect condition. We’ve always appreciated the early Asahi Pentax 35mm SLRs and this one fell into our hands. We would have rather had a working H2 or something along those lines but none were available at that time. Why the regret now? See above. Another case of a mint camera (for the collection) and unlikely that we’d ever shoot with it. Now we wish we had kept it to at least shoot some film with it. Oh well, it’s gone and unlikely to be replaced.

Why? It was my first ever 35mm camera! Purchased new by me in 1971. I took it everywhere and used it both above and below the surface of the water constantly. She was in great shape when I sold it in 2011- my SCUBA diving days were over and no reason to keep it. Right? Wrong! My regret is purely nostalgic. My first 35mm camera! What was I thinking!!! It’s still the only Nikon I’ve ever bought! 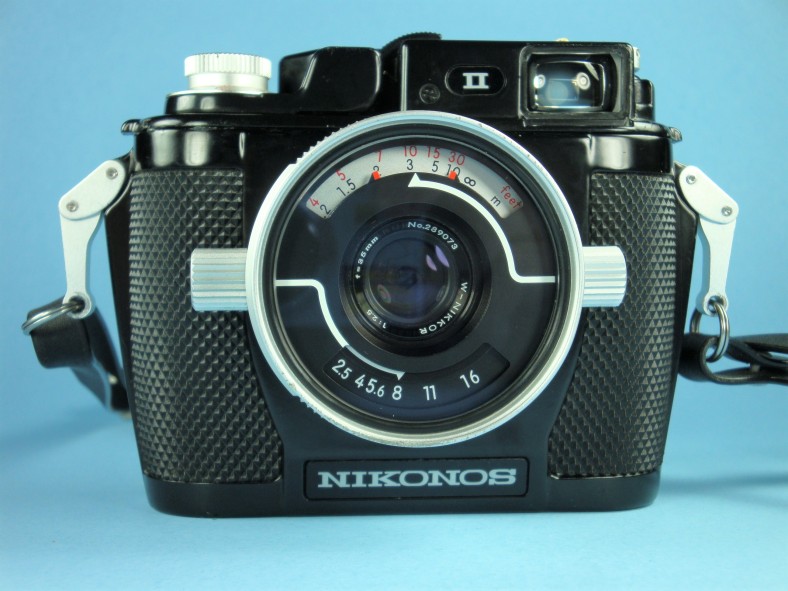 Why? Built-in motor drive, multiple auto exposure modes and drop dead simple to use. Uses the complete family of Canon FD lenses and exposures were as accurate as our A-1. Why the regret? We’ve owned about 10 of them over the years and have used them extensively. We’re just used to the little beasts and this happens after each acquisition and sale. We begin to miss that goofy style and its other quirks. (This one was sold to a collector in Australia).

Why? Fun little Fuji that we often took to the beach for some awesome surf shots – plus it’s a cool green! We made some neat videos with it too – great images and sound. I decided to sell it as we didn’t need a closet full of seldom used digital cameras. They become relics quickly in the fast paced world of pixel capturing. We regret it now whenever we’re at the beach and the waves are killer! 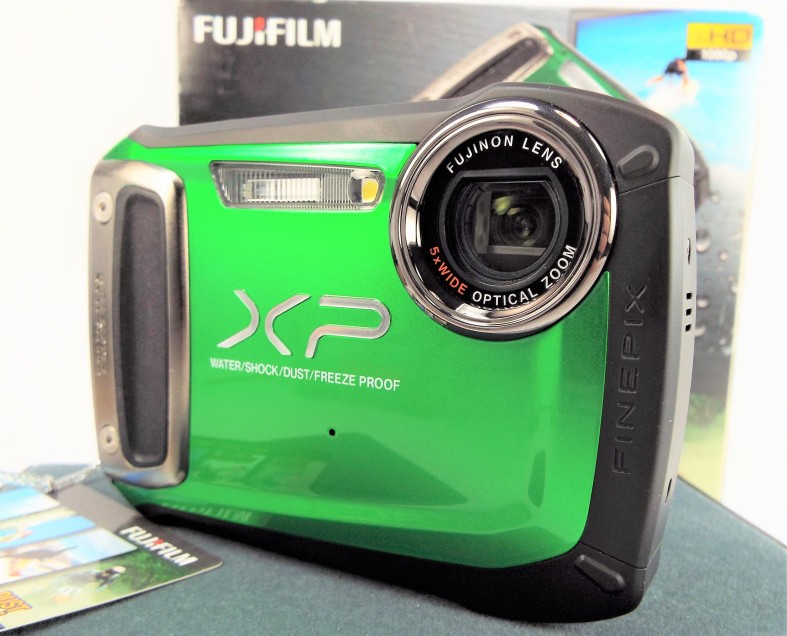 Why? A gem of a camera! Mint condition and it took some stunning pics! Eye-level finder with meter and we had the big wooden hand grip and at least 2 new lenses for it too. Weighs like 2 kilotons or close to it! The 6×7 format can enlarge very nicely and the Super Takumar lenses were sharp. Why the regret? We can’t find one as nice to replace it without spending crazy money and we let ours go for too little. We have a Fujica GW-690 now so the need for the 6×7 format is lessened. Besides, the Fujica is as beat to hell as anything we own and that’s a good thing. No worries about scratching it up so we actually use it.

Why, why, why? We bought it because we’ve always wanted that focal length and couldn’t afford what we really wanted – the FD 300mm f2.8 L white lens. Another case of a mint condition lens that looked like it was made yesterday. In reality it was a dark lens (f4) and a bit clumsy to use. We used it mostly on a tripod and our little town is not a telephoto town. What we mean by that is that our town is made for wide angle shots (old buildings with lots of details) and not tripod mounted lenses. Plus I’m just too old to hand hold 300mm lenses anymore and don’t want to be bothered straining my neck with it. The regret? I wish I could still hand hold a 300mm lens damn it!!! Actually I still want the f2.8! 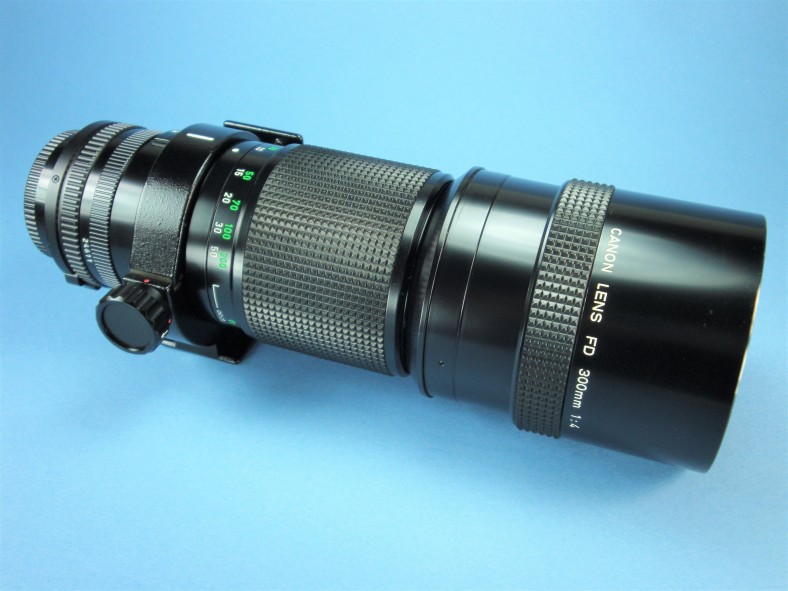 So there you have it. Certainly it’s not all the gear we miss – just a small sample. If we can round up the images of some of the others there may be a part two.

Do you have a favorite piece of gear that you regret selling (or heaven forbid, gave away)? Let us know. Thanks