Minolta’s first 6×6 medium-format camera. The body is made almost entirely from Bakelite. 1936 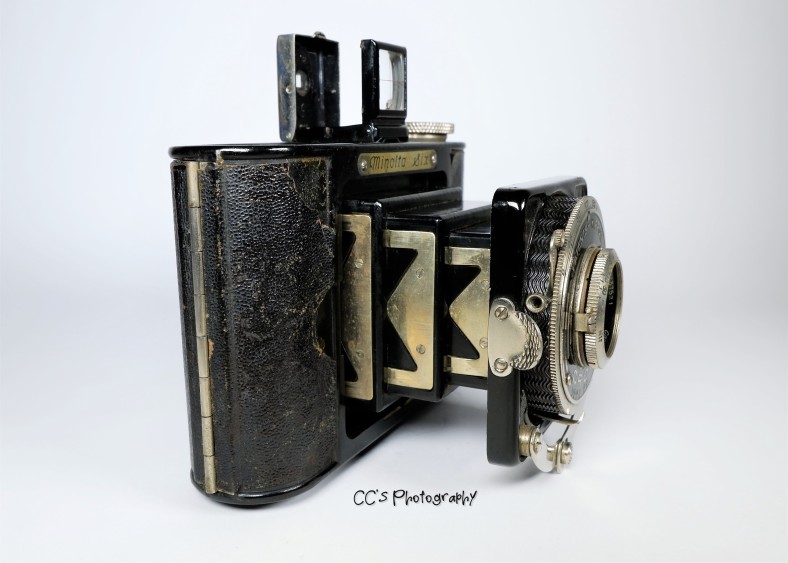 It’s kinda hard to find a pre-war Minolta especially one that has a working shutter. What a lovely picture machine from another era. It’s available in my camera shop at http://www.ccstudio2380.com

Have a beautiful day and as always, thanks for stopping by! – Chris

Recently a client of mine asked me to help him sell some of his vintage cameras from his collection. It’s not a collection in the true sense of the word, more of a gathering of cameras he had acquired over the years. Bob had become interested in photography as a kid in New York in the 1940s and ’50s but lacked the resources to buy cameras until he graduated from law school in the late 1960s.

His first purchase was a good one – a brand new Leica M4 in black lacquer (only 800 or so made in black that year) with a gorgeous Leitz-Leica Summicron 35mm f2 wide angle lens. Both were purchased together in 1969. I was able to arrange a sale of that set within two days of posting it.

The next camera that Bob showed me I wasn’t impressed with at all – a Canon II 35mm rangefinder with a terrible looking lens that looked like Fred Flintstone may have owned it at one time.

The Canon before its “refreshing” ⇓ 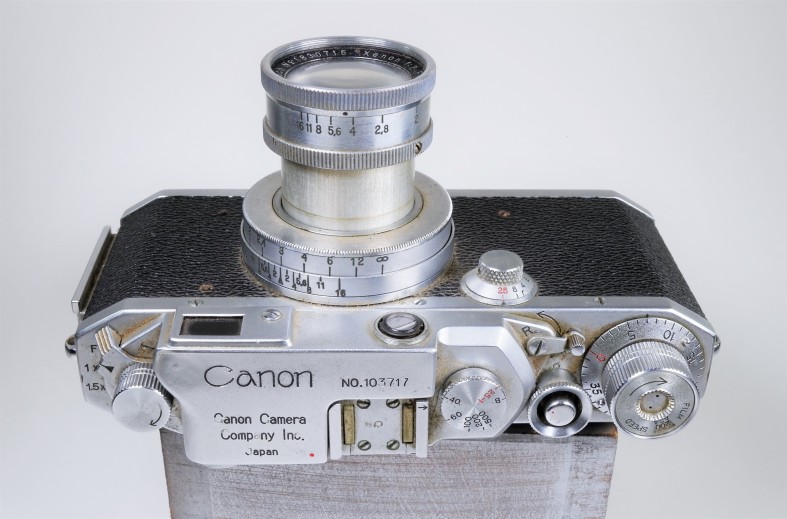 The Canon II from around 1954 with its odd little lens. Dirty little thing.

I was familiar with the Canon – one of the dozens of Leica “copies” or “clones” of the venerable Leica III that were made in Japan in the late 1940s and ’50s – the lens, well not so much. I knew that Leica made collapsible Leitz lenses that were extremely popular due to their outstanding quality and compact size, but I was unaware that other companies did so too. One such company was Schneider-Kreuznach of Germany.

The diamond in the rough.

The Schneider-Kreuzbach Xenon f2 5cm lens (pictured above) was produced for Leitz during World War II. By serial number (1830715) the lens was produced around 1942 to 1943. Schneider Optics has this incredible list of all of its serial numbers – check it out here.

Here’s my write-up from my Etsy shop (www.ccstudio2380.com) listing.

This is an extremely hard to find Leica screw mount lens made
by the world-renowned German optical company
Schneider-Kreuznach (Schneider Optics).

The lens is in beautiful vintage condition with a lovely
patina on the chrome metal lens barrel. I have inspected
and tested this lens on my Nicca rangefinder and it works
perfectly.

History has it that the Leitz factory could not meet the demands
made on it by the German government during the height
of World War II and so the Schneider Optical Company
took on the task of building these lenses for Leica-Leitz. They
were made in very limited numbers.

If you can imagine how hard it is to find this lens in the present day
after all these years having survived the war and its aftermath.

This lens made it to a large camera dealer in New York City from the
original owner and was purchased by my client in 1969.

The lens is in perfect function – the aperture blades are clean (a bit worn)
and complete, the focus is smooth and was tested on my Nicca.
The rangefinder focused accurately. The mount (L39) is excellent and
the lens mounts securely to the camera body. The collapsible portion
is smooth and the lens locks in place. The aperture ring is also smooth and
without binding.

The glass elements (I think only the front elements) have a slight fog/haze
but not so much as to diminish the view. There are spots inside the
lens – they look more like dirt and dust spots but they could be
mold. With a bright light, I do not see any fungus filaments however.

The lens is rather rare and apparently very collectible and valuable ($900 to $1500). Who knew? The fact that it was made during WWII in Germany only adds extra interest to its rariety. The Leica lens cap is from the mid 1930s and as the story goes it has been on the lens since new. It would make sense that the Leitz factory supplied these to Schneider Optics to affix to their lenses.

The Canon all cleaned up and ready to go – the lens is shown in its collapsed position.

Looking much better after its bath – the cap is extra special too as it is from a very early design. By the way, the cap is padded inside with red felt. 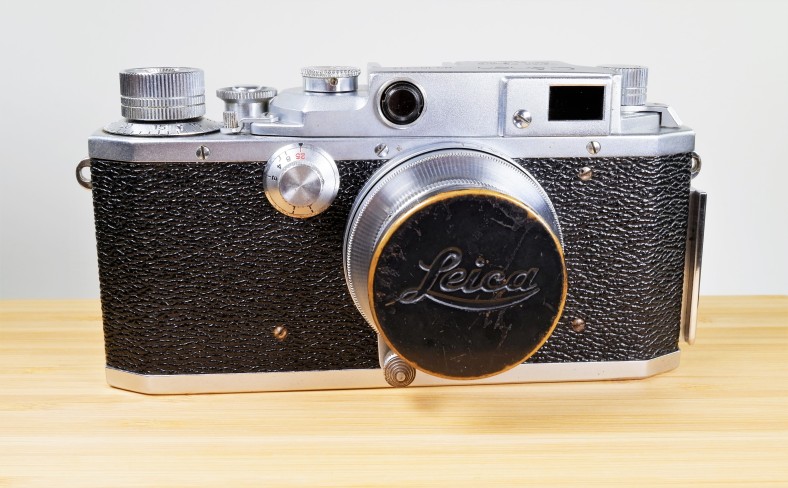 As a set it makes for a very interesting camera. Canon, Schneider, and Leitz coming together.

For more about Schneider Optics stop by their website.

Thanks for stopping by! If you find vintage Schneider lenses from the 1940s certainly give them a closer look. The popular Kodak Retina line of 35mm SLR cameras used Schneider lenses and some of those are quite valuable too.