On board the USS Midway (CV-41) in the East China Sea 1979. Preparing for early morning flight operations (FLT OPS). Planes to wash, jets to fuel, pilots to brief and missiles to load. 24/7 sometimes.

Missiles waiting to be loaded. 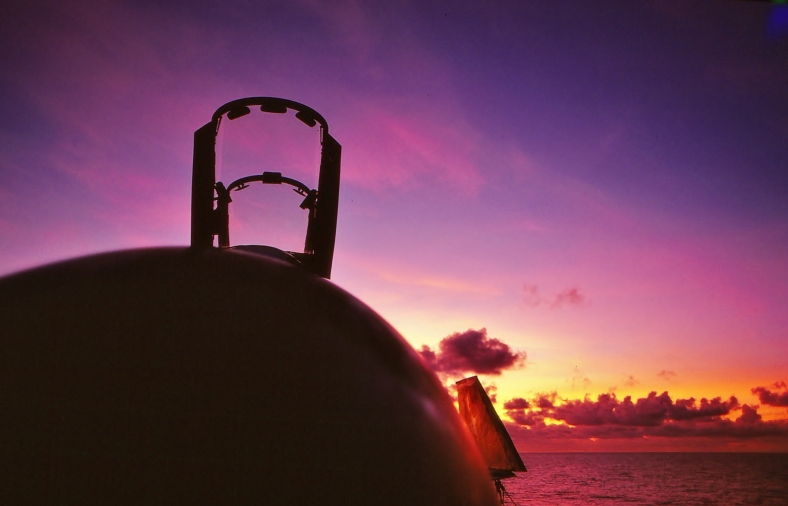 F-4 canopy opened and ready for the day. 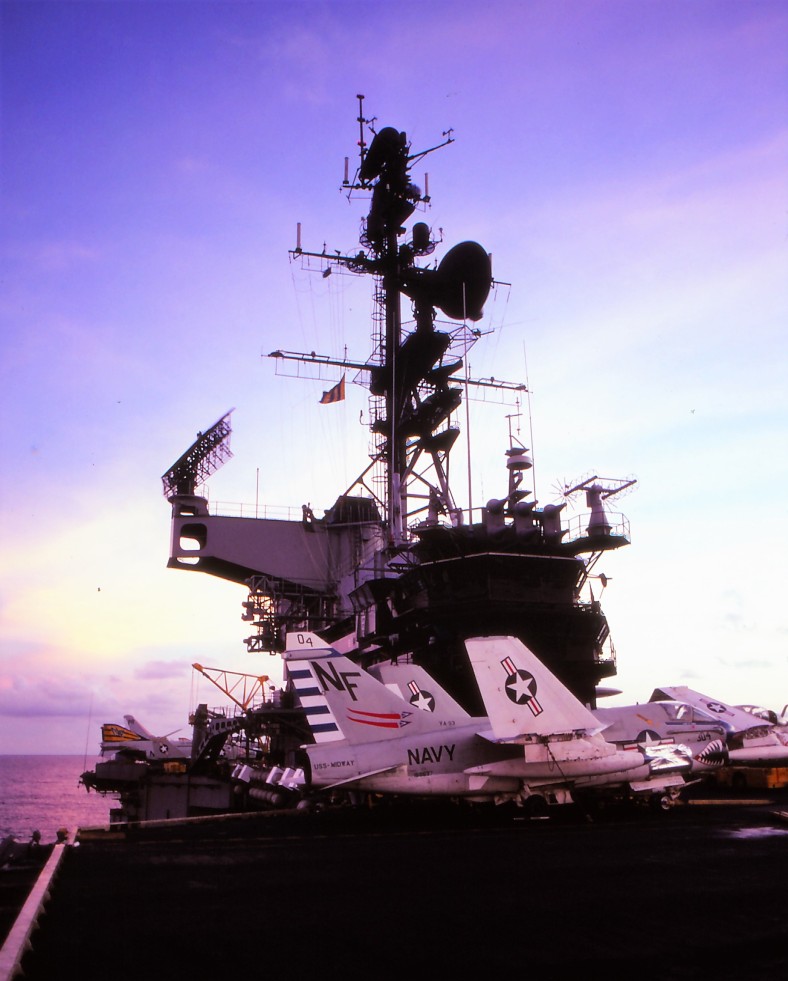 A-7 Corsair spotted just forward of the island near elevator 1. F-4 in distant background left. A-6 just to the right of the A-7.

Commissioned 1945… the hull was built from the plans of the next generation battleship.

Decommissioned 1992… no other carrier served longer.

Was the largest ship in the world from 1945 to 1955. Fantastic museum in San Diego now. One of the best Naval museums anywhere!