Here’s a coin that few have seen. A United States Trade dollar. It’s a large silver coin that was designed to be used in the Orient to facilitate trade with Eastern Asian markets. This example is free of “chop marks” that would often be struck by merchants onto the coins as they moved through the marketplace.

Miss Liberty extending an olive branch as she gazes across the Pacific Ocean to the trade markets in Asia. Of course, the obverse of the coin features 13 stars representing the original thirteen colonies.

The coin is slightly larger than a Morgan silver dollar that most are familiar with. A close-up of the date shows the level of detail within the coin. 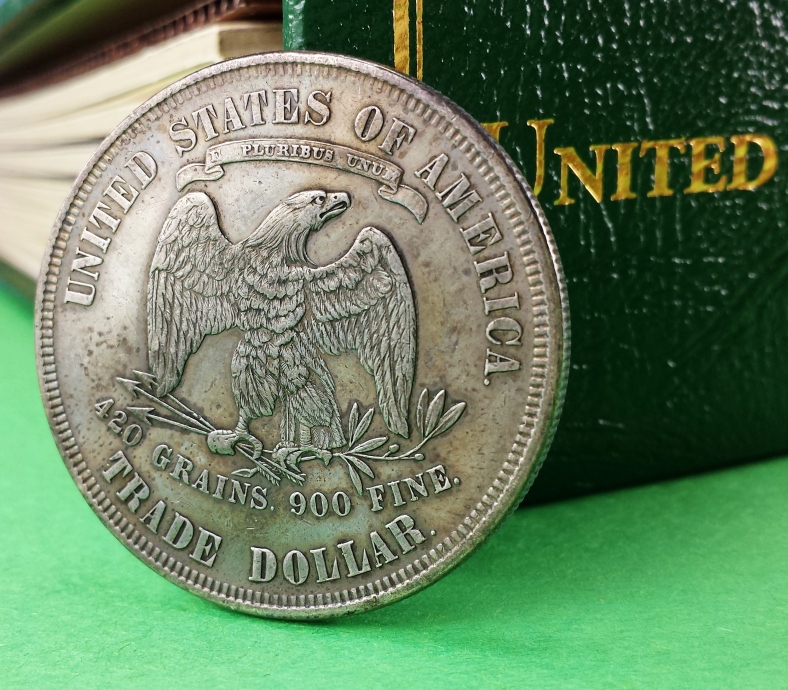 For a while, the coin circulated within the United States as well as in East Asia. It has the distinction of being the first US coin that was demonetized while in circulation. The coinage act of 1965 remonetized the coin which makes it legal tender again but its worth is far more than a dollar.

Have a lovely day and thanks for stopping by! – Chris