One of the most frustrating things about researching the history of Yashica is that the company did not put dates on their sales brochures or instruction booklets – at least not regularly. Often we’re left with magnifying glass in hand to hunt for impossible to read serial numbers on camera bodies and on lenses. The brochure below is a perfect example.

Scan of the cover and back page of a four page sales brochure for the Yashica-D.

Yashica has used this same brochure in the past but with different babies and whenever new versions of the long running models (A and D) were introduced. The serial number on the viewing lens (top lens) is 734467. The lens is an 80mm Yashikor. Armed with this knowledge, that puts the cover camera as manufactured in 1967. Hey we’re off to a great start! This brochure is from 1967 or later. The D actually ran until 1972!

Turning our attention to the inside. 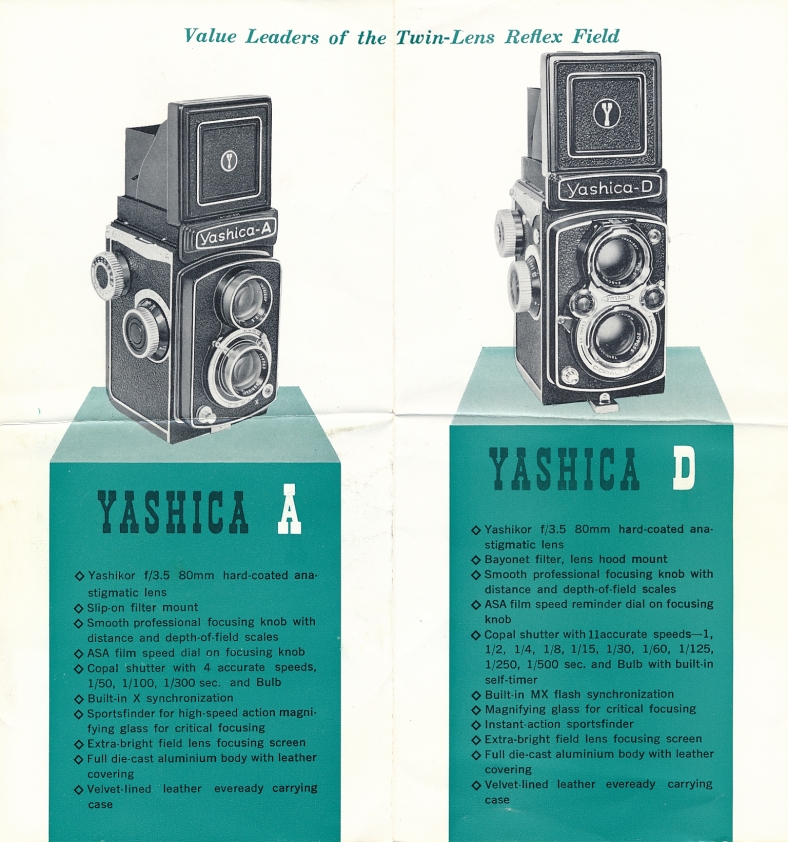 Classic Yashica. Now the Yashica-D pictured inside is a totally different version from the 1967 cover model. Why would they do that?

As you can see in the scan above, this version of the Yashica-D is totally different from the cover. The only readable serial number in this image is the number on the taking lens (bottom lens). It reads, 209055 and it’s a Yashikor 80mm. With that info it places this camera in 1964. The Yashica-A on the left is from 1961. The visible serial number is on the taking lens, 739743. The lens is the standard 80mm Yashikor. What’s crazy about all this is since the Yashica-D is from 1964, why isn’t the Yashica-A from 1964? Why use a previous version from three years prior? For that matter, why is the cover camera from 1967 and the inside cameras from totally different years? The Yashica-A lasted until 1969.

Okay. We know – this is only important to a researcher, right? Well maybe not. If you own a nice Yashica TLR or Yashica SLR then you might be interested to know exactly when your camera was made. So, knowing when the cameras depicted in sales brochures were made, sometimes can help with dating your gear. 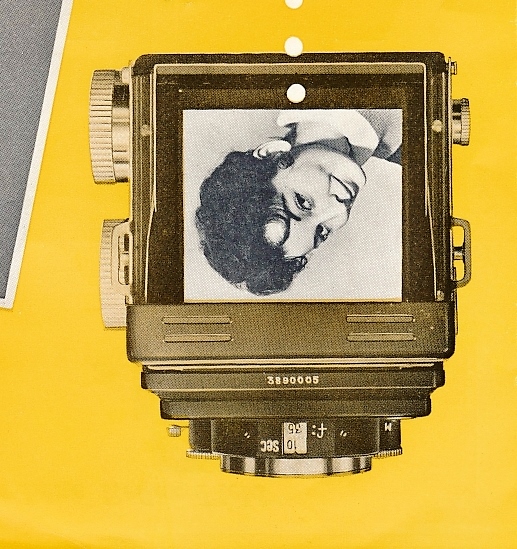 Here’s the camera depicted on the back cover of the brochure. It is a Yashica-D. The body serial number of 3890005 puts the camera in 1959! Go figure!

Thanks for your visit! Comments are always welcomed.