A long neglected (not by us) Yashica Pentamatic S is getting a much needed restoration and some re-imagineering  by us as a top-level professional SLR.

A few peeks before the color coats get applied. Stripped of its hardware and sanded to slickness – 2000 grit sandpaper – she’s ready to shine again! 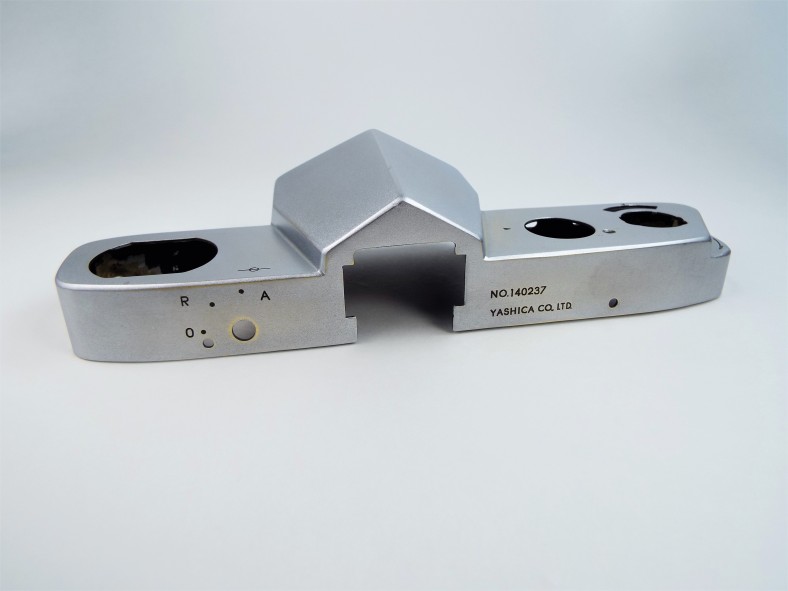 We love the hints of brass that are showing through the factory silver finish after the wet sanding. The Pentamatic family of SLRs have one of the sharpest looking pentaprisms around. Without a clunky accessory shoe on the top of the finder, the Pentamatics have a clean, modern design. This one is from early in the production run in 1961. It’s number 237 off the assembly line at the Yashica campus in Suwa, Nagano Prefecture.

Stay with us as we will post updates along the way!

Thanks, Chris and Carol Photography

Nice little Tower Type-3 (or Type III) 35 mm rangefinder film camera from the early 1950s – made by Nicca Camera for the Sears, Roebuck and Company catalog. The build quality of the Tower branded cameras are no different from the quality of the Nicca camera as best as we can tell. It appears that Sears didn’t ask Nicca to lessen the quality like one might imagine – Sears was known for good value but not necessarily the best quality in our opinion.

By the way, these images were taken with our Sony Cyber-shot  (model DSC-W170) from 2008. It’s a basic point and shoot but sports a Carl Zeiss Vario-Tessar lens and 10.1 megapixels. It adds a nice “softness” to our studio shots especially of vintage gear and it’s fun (and simple) to use. 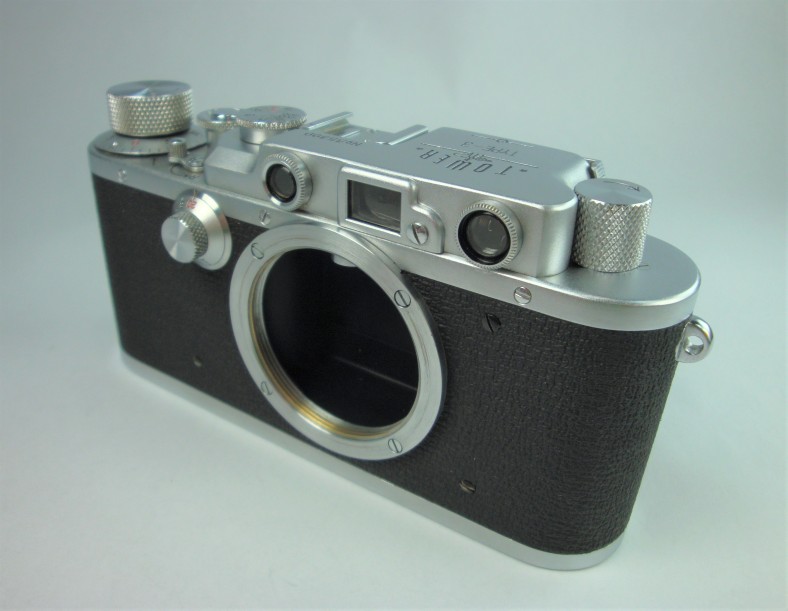 The Tower Type-3 (made by Nicca) is one of the best of the Japanese made Leica copies.

This camera appears to have been made in around 1953 – the serial number places it as a mid production model and the fact that the open-shut latch simply has ‘Made in Japan’ vice ‘Made in Occupied Japan’ engraved on it. The occupation of Japan ended with the adoption of the Peace Treaty signed in April 1952.

This camera works perfectly – the shutter appears to be spot on and the rangefinder-viewfinder is clear and accurate. We hope to be able to run a roll of film through it soon.

Super clean and free of significant signs of past use. A gem!

Designed to take the L39 screw-in lenses made by any number of lens manufacturers of the period.

Actually it’s an interesting logo – quite detailed and almost a retro look to it even for the early 1950s.

As we’ve stated before, if you’re looking for a nice camera to experience the joy of using a vintage 35 mm rangefinder, then the Nicca and Tower cameras fit the bill nicely. Excellent fit and finish and they’re built like a tanks. You should be able to find well preserved models on various online auction sites for reasonable prices. If you see signs of corrosion or missing leatherette… run! Avoid these and buy the best you can afford. You’ll be happy you did.