Lion Country Safari is located in Palm Beach County, Florida. It’s one of the better “drive-thru” safari parks in the US. Here are a few images from a trip back in October 1993.

These next two images were taken at the Jacksonville Zoo and Gardens (Florida) in 1999 OR at Busch Gardens, Tampa Bay OR at Lion Country Safari – I’m sorry to say that I didn’t record their origin properly.

The markings on these zebra are amazing – if you look closely it’s actually difficult to distinguish where one animal begins and another ends when they are in a herd.

Here’s a great link to the Jacksonville Zoo and Gardens with some interesting info about these zebras.

After endless weeks and months at sea (Indian Ocean), my U.S. Navy ship arrived in the port city of Mombasa, Kenya for a bit of ‘liberty’. As a Sailor on government pay (1979) there would have been no way I would have been able to go on a photographic safari in Africa – I might have had a better chance at going to the moon. But along with a few of my shipmates we were able to afford (with the Navy’s help), to get out of Mombasa (a good thing) and see sights we might never had the chance to see otherwise. It was November 1979 – just a few days before the attack on the U.S. Embassy in Tehran and more endless days, weeks and months at sea for me and about 25,000 other U.S. Navy Sailors.

I traded one distant horizon at sea for another on land – no contest. I can say that my two days touring Amboseli made up for two months at sea (well almost).

These images are but a few from the dozens that I have still need to scan. The film used was Kodak Kodachrome 25 and 64 shot with my trusty Canon F-1 (1978 version) and Canon’s FD lenses. 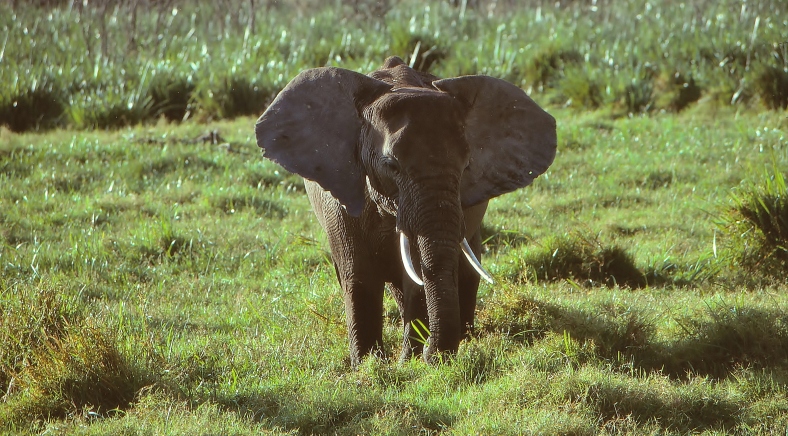 This image was taken from outside the ‘safety’ of our VW bus. Billions of mosquitoes kept me from wandering too close to this beautiful elephant.

Amazing animals… not much more to say.

The exposure was off a tad but elephants and Kilimanjaro are not an easy capture!

Maasai tribesmen giving me his ‘best’ hunters pose. He was a pretty funny guy and we hung out for a bit until an elder butted in and wanted in on the action (cigarettes for poses). 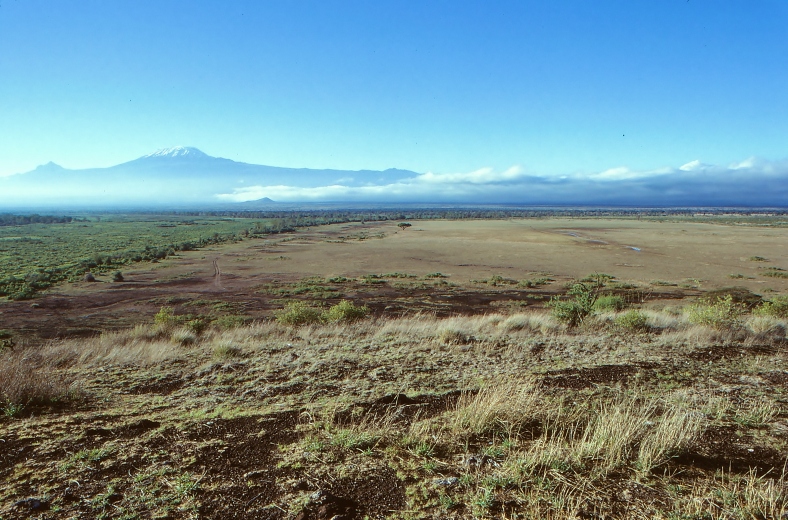 I know I say this almost every time I post travel pics from the ancient days – if you ever get the chance to travel to Kenya and Tanzania on a photo safari then jump on it!