Confused??? Don’t be. Here’s a fun little 35mm film camera made by Konica in 1989. It’s called the Kanpai – essentially “cheers”. It’s a voice-activated camera that was designed to attach to a special mini tripod that allowed the camera to swivel (up to 100 degrees) and would take a picture whenever someone at a party yelled “cheers!” or whatever.

Part of our “Modern Classics” and “Plastic Fantastics” collection of film cameras.

The “framing monitor” is simply an optical waist level finder. The LCD indicates the selectivity and sensitivity (little Pac-Man looking thingy) of the microphone and how far the camera rotates to capture an image when attached to the dedicated tripod.

Not the original tripod – no cute shoes (yet).

From a Konica press release: “One of three sound-level settings can be chosen. When used on low, the shutter is automatically released after 11 minutes and every three minutes thereafter even if no sound is detected, or when it detects a moderate noise level lasting at least 0.2 seconds. On medium and high sound-level settings, however, the camera fires only when responding to sounds with durations of 0.3 and 0.5 second or longer respectively (a single clap of the hands, for instance, won’t trip the shutter).

Although exposure interval times will vary with the camera’s sound-activated setting and noise levels, a 24-exposure roll of film typically will be fully exposed in 20 to 40 minutes. When mounted on its exclusive tabletop tripod, which couples to the camera’s film-wind motor, the Kanpai rotates left or right after each exposure (in a panning range of approximately 80 degrees) to capture action throughout the room. However, a tripod-mounted camera can also be fixed in one position. When not in its sound-activated release mode, the Konica Kanpai becomes a straightforward, fully automatic compact camera, featuring programmed auto-exposure, a fixed-focus 34mm lens, automatic film transport and ISO film-speed settings (100 & 400), and built-in flash. A clever framing monitor, located on the top of the camera, allows the photographer to take low or high-angle shots without having to look through the viewfinder.” 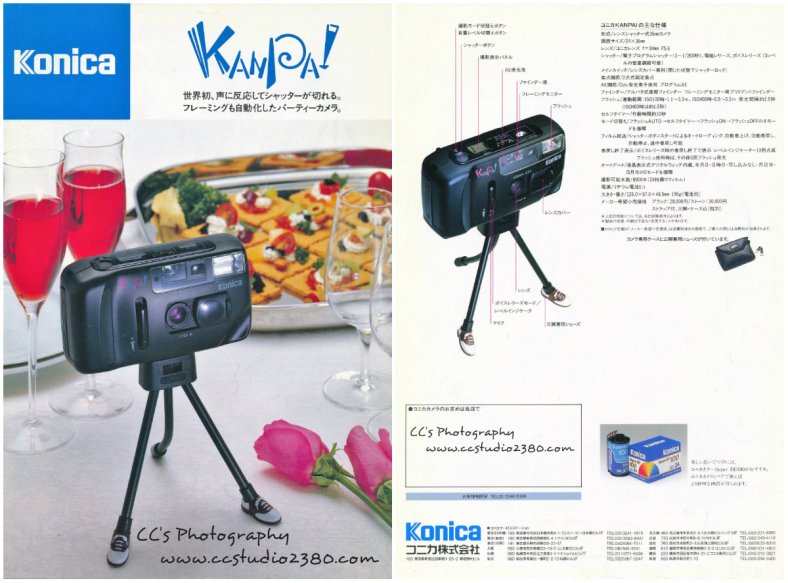 The camera has a Konica 34mm f/ 5.6 fixed focus lens and an electronic programmed shutter capable of 1 to 1/200 sec. Designed to be used mostly indoors with the flash, I could see it being used as a street camera with its waist level finder. 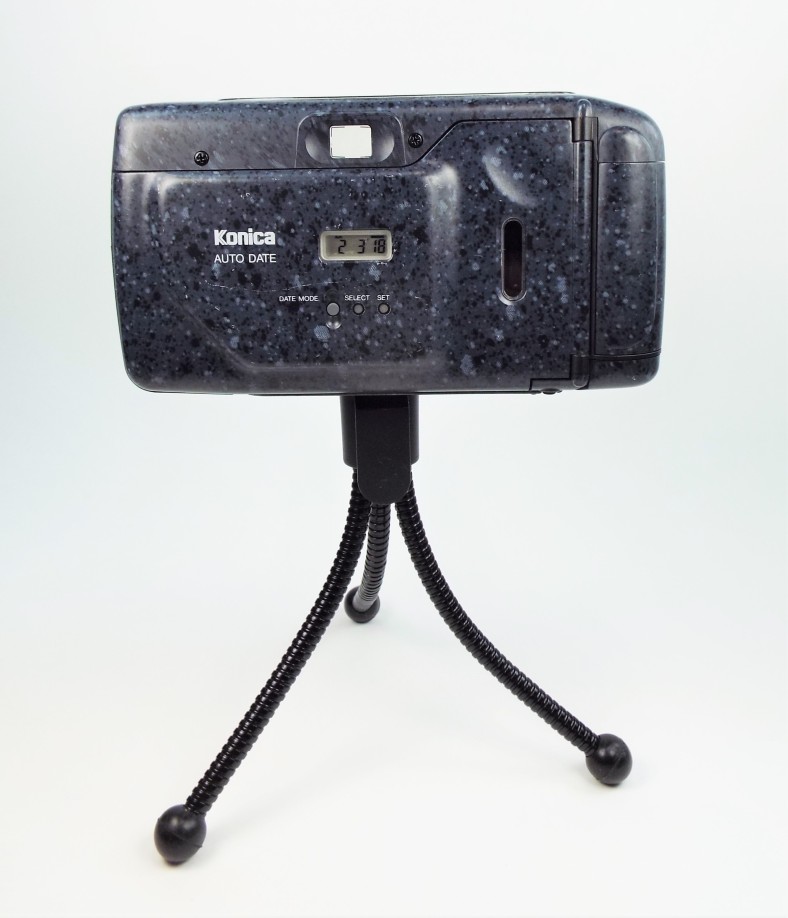 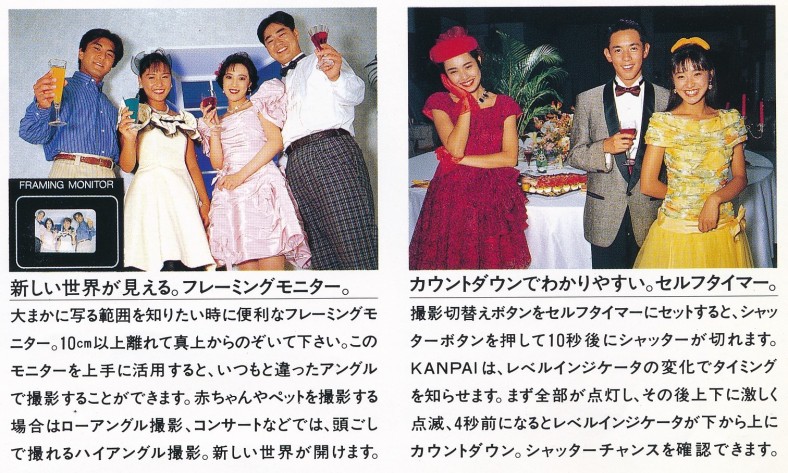 We’re still on the lookout for the original tripod and shoes! Many thanks go out to our friend Peggy at Camera Go Camera for passing along this super cool camera! By the way, her site has some neat “STUFF” that she’ll be happy to send your way – check it out! 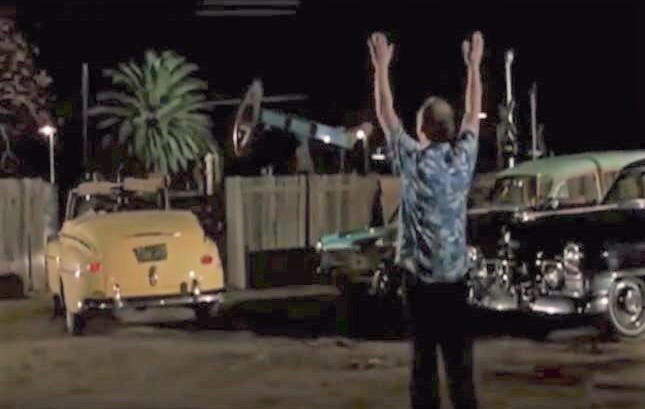 Thanks for stopping by! Remember, if you have some neat film cameras for sale – we are buyers! Contact us at chriscarol@ccstudio2380.com

Have a beautiful day!