One of the best cameras that Yashica made – in 1968 Yashica produced an exciting 35 mm SLR with a built-in computer! Well, integrated circuits and an electronic “brain”.

It was my first SLR and I fell in love with its looks and the feel of it in my hands. This one is from my rather silly large collection of Yashica cameras and I’ve decided to make it available in my online shop at http://www.ccstudio2380.com

This one is from around 1970 and besides being in stunning mint condition it works like new!

Gotta love the gothic “Y” on the pentaprism – pure Yashica! 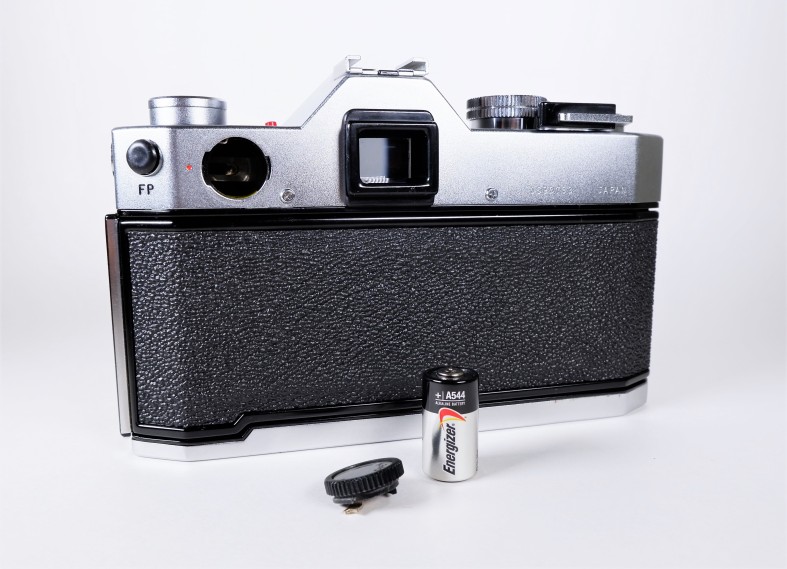 The battery for this camera is still readily available today and isn’t very expensive.

I’ve always felt that the satin silver finish on this model was the best – it holds up well and it’s easy to keep clean.

The camera will come with a fresh (new) battery, the original leather case, an unopened vinyl strap, a roll of Fujicolor film and an instruction booklet. The beauty of this Yashica is that it accepts a wide array of M42 screw mount lenses which are available everywhere for very fair prices.

Modern APS (Advanced Photo System) film cameras get no love in today’s world. The film is no longer made (but it’s still readily available) and the cameras seem quaint by 35mm camera standards.

But these late 1990s and early 2000s cameras were and are quite sophisticated. Here’s a rather nice one (it’s actually brand new and never used) from Fuji Photo – the Fujifilm Nexia 250ixZ which was released in July 2001. From what I can tell there were about 16 different Nexia models from Fujifilm that featured a zoom lens and another 8 models with a fixed focal length lens. That’s a bunch of APS cameras produced within a few years of one another.

The 250ixZ uses one CR123 battery which is still available at a fair price. The APS film cartridge is as easy as it gets – open the compartment and drop it in – no messing with the film itself. The camera has a switch which can adjust the image from a normal shot, wide-angle and a kinda panorama view (C,H,P).

APS cameras with “MRC” feature the ability for mid-roll film changes which is quite handy. This model includes date/time imprinting.

It featured a Fujinon Z 23-57.5 mm zoom lens with a somewhat slow f6.7-11 aperture. 5 elements in 5 groups. When the built-in lens cover is slid open the flash pops up and the zoom is activated. It’s small (like all APS cameras) and weighs in at 175 grams.

These APS cameras are available for pennies on the dollar and sometimes still “new in the box” sets become available on Etsy and eBay. If you’re looking for something a bit different in film shooting I highly recommend giving an APS camera a try. Remember that the film is no longer made so anything you buy is expired. How expired and the storage conditions will determine the final look to your pictures.