Many thanks to reader Jens Erik at http://www.jebsign.dk for sharing a photo of his Yashica TL Electro-X with me recently. In the late 1960s and early 1970s, it appears that a distributor of Yashica cameras and photo gear (Kirk) in Denmark had a rather neat twist on this popular SLR. Here’s the ad that ran in 1969 – 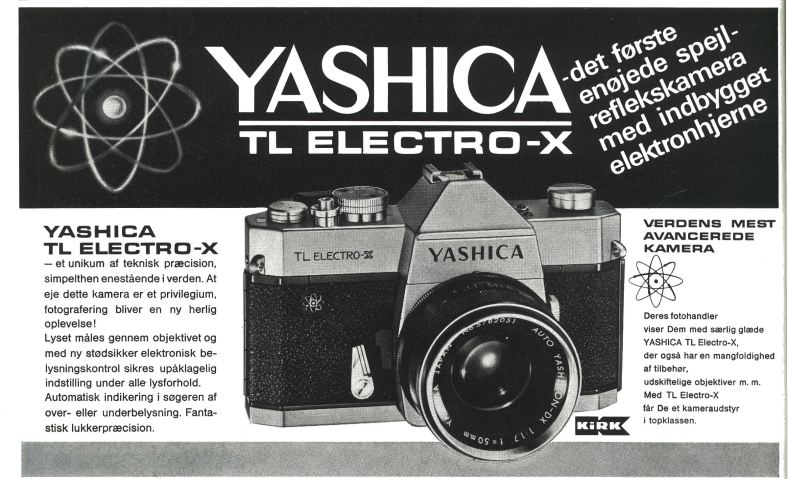 Here’s Jens Erik’s Yashica – his TL Electro-X matches the one depicted in the Yashica ad from 1969 and it clearly shows that the “X” is black vice the typical red and that the gothic “Y” that would normally be on the pentaprism is “missing”.

An example of an early version of this popular Yashica. The lens is not the lens that would have been on the camera at the time of its release. I’ll call this version the Type 1.

Updated info as of September 2019. It now appears that this no “Y” version wasn’t unique to this Danish or any other European distributor. I’ve just acquired my own version of this camera through a seller in the United States with no indication that it was purchased outside of the US initially. In my opinion, Yashica’s first version (pictured above) of their wildly popular TL Electro-X was the version missing the “Y” on the pentaprism – production looks like it first began in October 1968. My newest camera for my collection is from December 1968 as its serial number is 81200636. There’s one for sale on the Spanish eBay site that has the serial number 81000991 (which is October 1968).

Below is an example of the more typical Yashica TL Electro X design. The “X” is in red and there’s no hyphen before it and of course, the traditional gothic “Y” on the pentaprism. 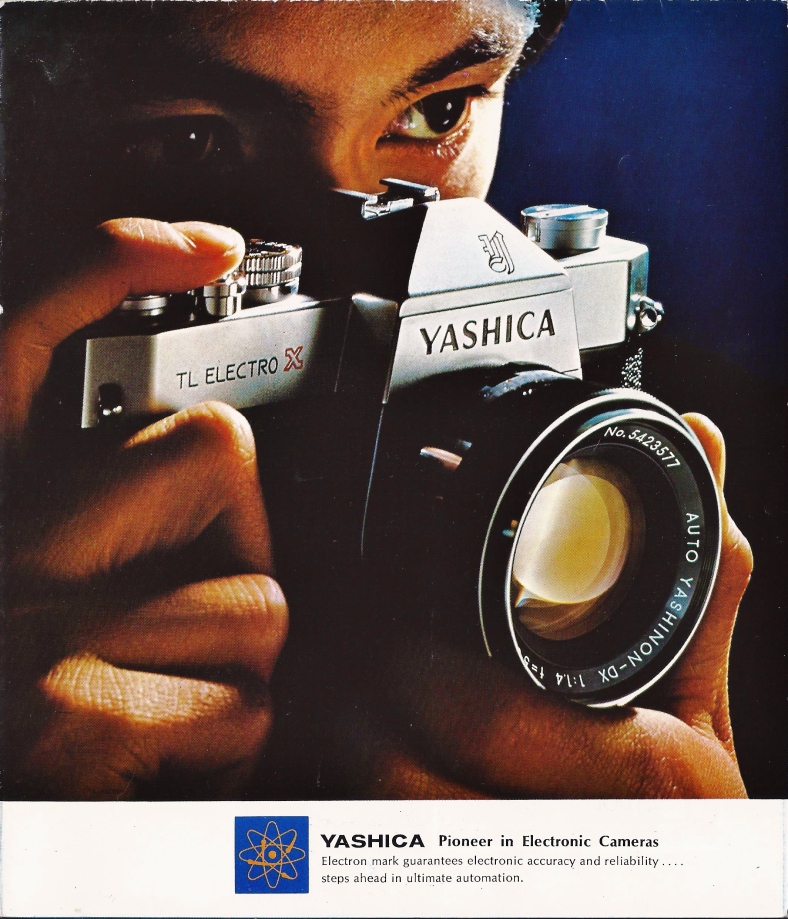 Update #1: So Yashica’s first design for the TL Electro-X was the one without the “Y” on the pentaprism (Type 1) and the second and much more available TL Electro X with the “Y” is the Type 2. There also appears to be a large gap in production between the T1 and T2 of about eight or nine months. At this point in time, we don’t have a reason for the changes or for the gap.

Yashica sales brochure in German from around 1972. The ITS model with its distinctive gold electron design on the pentaprism is on the right.

Thanks again to Jens Erik for sharing his Yashica with me (and you).