A beautiful church – the setting sun – majestic oaks. Southern charm at its best.

The Pentamatic was Yashica’s first single-lens reflex (SLR) and was released in 1960 (May-June) timeframe. The Pentamatic S was released about mid to late 1961. Not much changed between the two – the S model added a built-in self-timer and most notably, a provision for mounting an exposure meter to the top right of the camera that coupled with the shutter speed dial. Other small changes were to add lugs for holding the neck strap (moving them from the extreme right and left sides of the body on the Pentamatic to a more typical front mounting on the S). Unseen from the exterior is a change to the focusing screen inside the pentaprism. The original fresnel screen in the Pentamatic was replaced with a split image screen in the model S. For me, that change makes the Pentamatic S much easier to focus and improves the brightness inside the viewfinder.

A look at both models shows these changes and the tiny bit of extra weight that the S carries over the original Pentamatic. 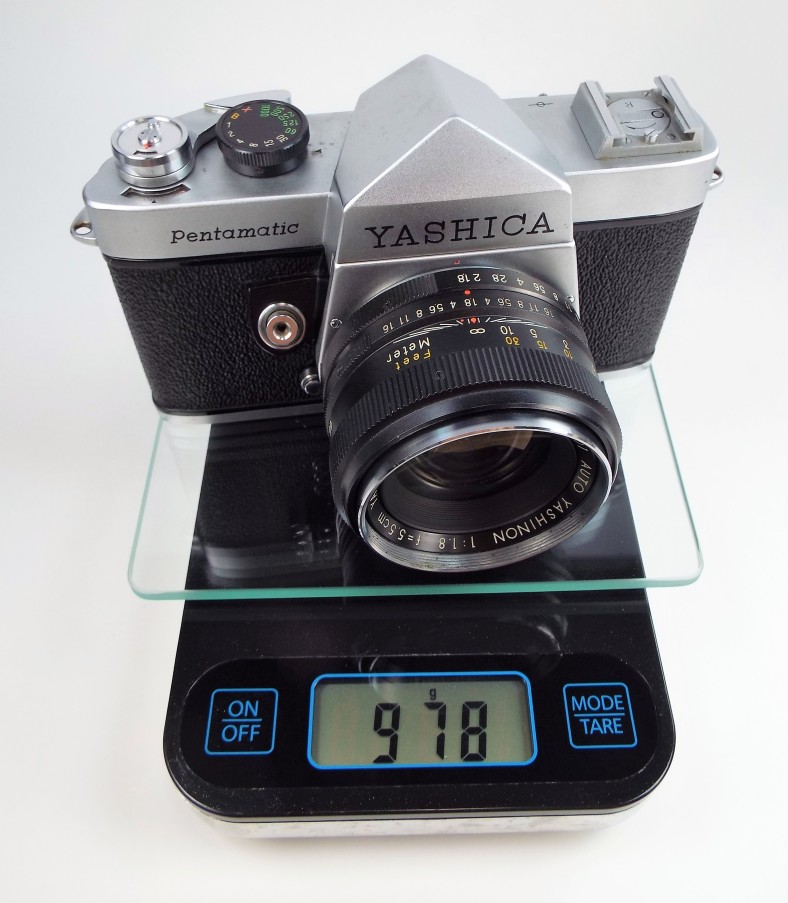 At 978 grams, the original Pentamatic is anything but a lightweight. (2.16 lbs) 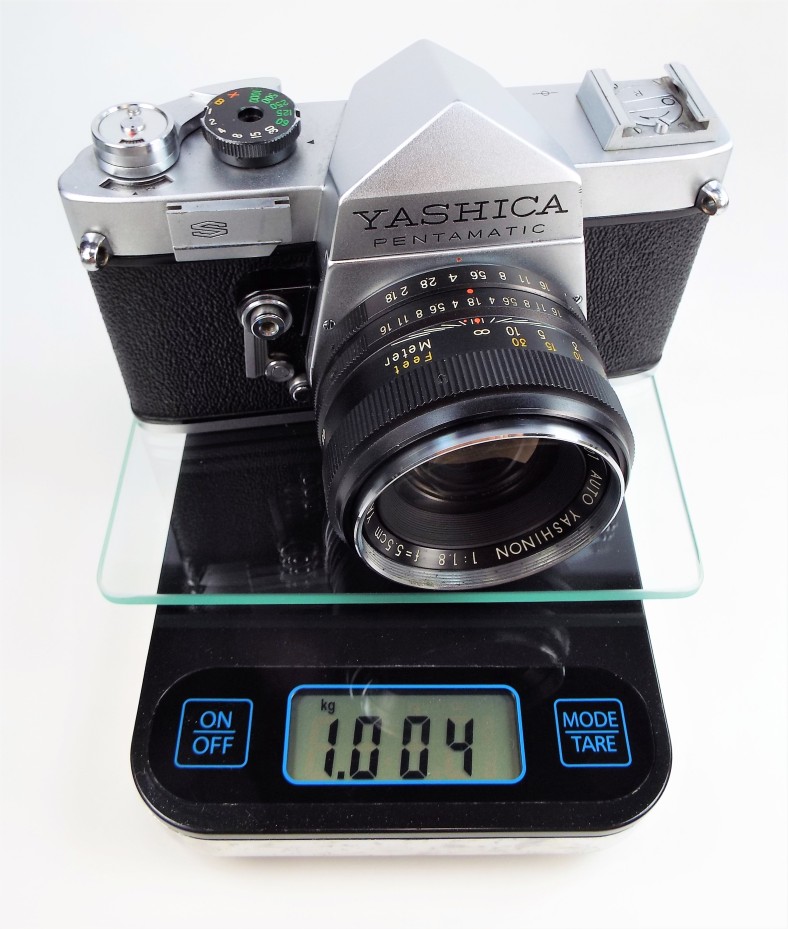 At 1,004 grams, the S shows the slight weight increase from the changes made between the two models. (2.21 lbs)

Both cameras are photographed with the same lens attached – Auto Yashinon 5.5cm f1.8 lens which was the standard lens that came with both models. Only the Pentamatic II (released in September 1960) came with a different lens. (5.8cm f1.7)

Compared to other SLRs from the same time period, the Pentamatic was a bit of a beast to tote around. The buying public never embraced these wonderful cameras and they ended their production run in less than 2 years.

Finding good looking (and still working) Pentamatics is a challenge for any collector with the Pentamatic II being especially difficult to find in any condition.

Of note, if you have an Asahi Pentax, Nikon F or Canoflex camera with the standard lenses from the late 1950s or early 1960s, we would love for you to let us know what their combined weight is. We could be way off in our assumption that the Pentamatic was significantly heavier than the other cameras of that era. Thanks!