The Yashica-Mat 124G was Yashica’s last TLR in a long line of twin-lens reflex cameras dating back to 1953. The likely end date for the 124G was 1986. That’s a phenomenal run for a TLR.

Think about the cameras that were being marketed in the 1980s – the Canon New F-1N, the Canon T90 and EOS 650, a gem from Nikon like the F3, autofocus and autoexposure 35s from Fujifilm, Canon, Olympus and a host of others. TLRs were dinosaurs in a George Jetson world but there was Yashica plodding away building 124Gs for a world that didn’t need or want them.

To be fair, Yashica was also making some modern cameras too during this period that were very well received building on the successes of their pioneering electronic cameras from the late 1960s and the 1970s. But all was not well for Yashica. 1983 saw the takeover by Kyocera and except for a few surprising winners now and then, Kyocera was not committed to advancing the Yashica brand.

I believe that the Yashica-Mat 124G during this period did not suffer from its association with Kyocera. Early 1980, 1981 and 1982 124s look and feel just as good as the later 124Gs that were made during the later Kyocera years.

The “G” in the 124G indicates that Yashica used gold plated contacts in their electronic CdS light meter connections implying that it was a better way to make a more reliable connection. 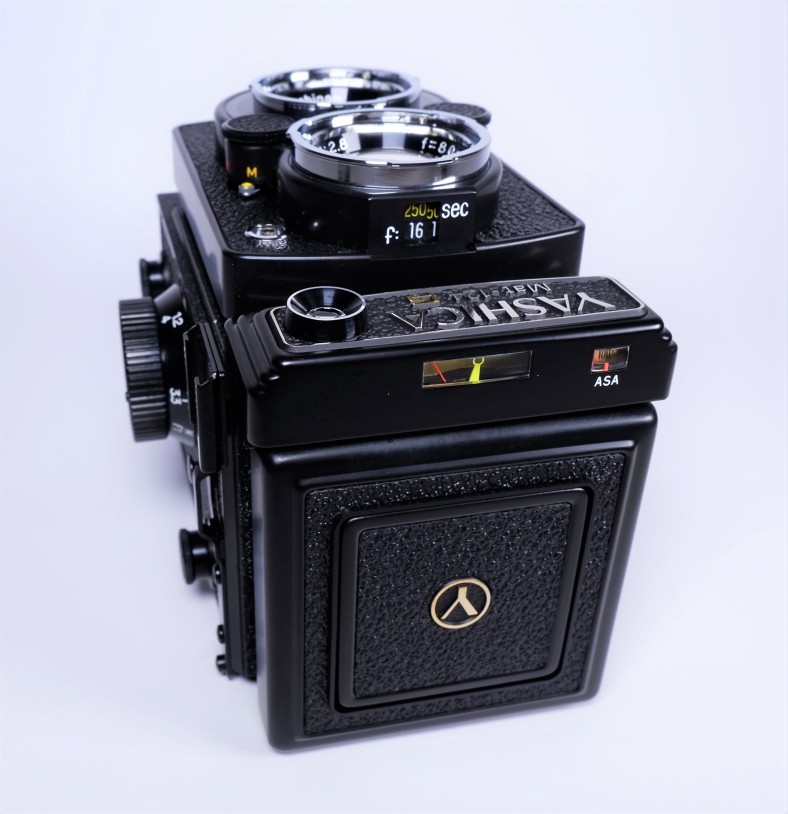 With the viewfinder hood closed power to the light meter was shut off conserving battery power. Here the shutter speed is set at 1/250 and the aperture at f16. The red meter needle is deflected to the left. 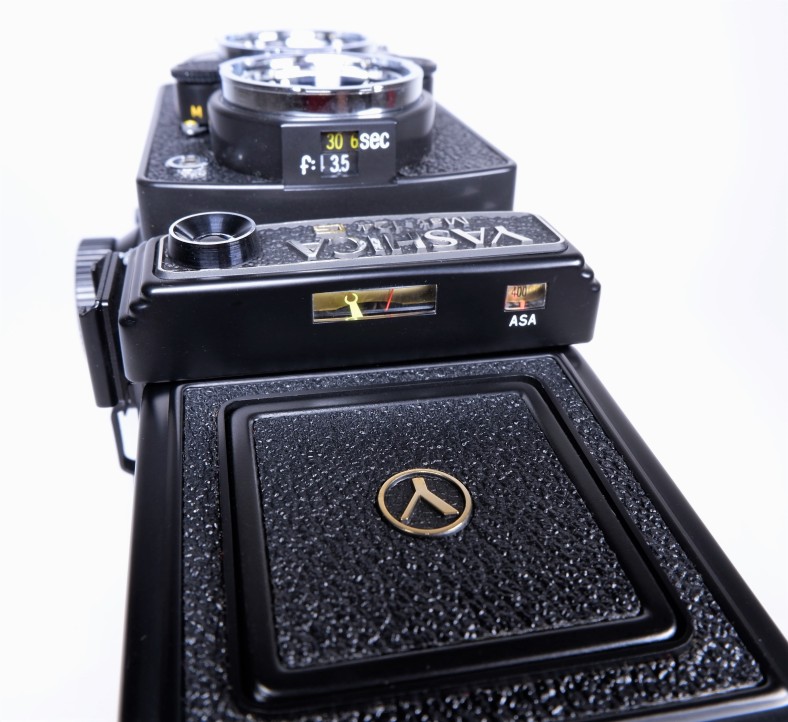 With the hood opened, the meter is now powered and with the shutter set at 1/30th and the aperture opened up to f3.5 the red meter needle is deflected to the right. The ASA is set a 400. 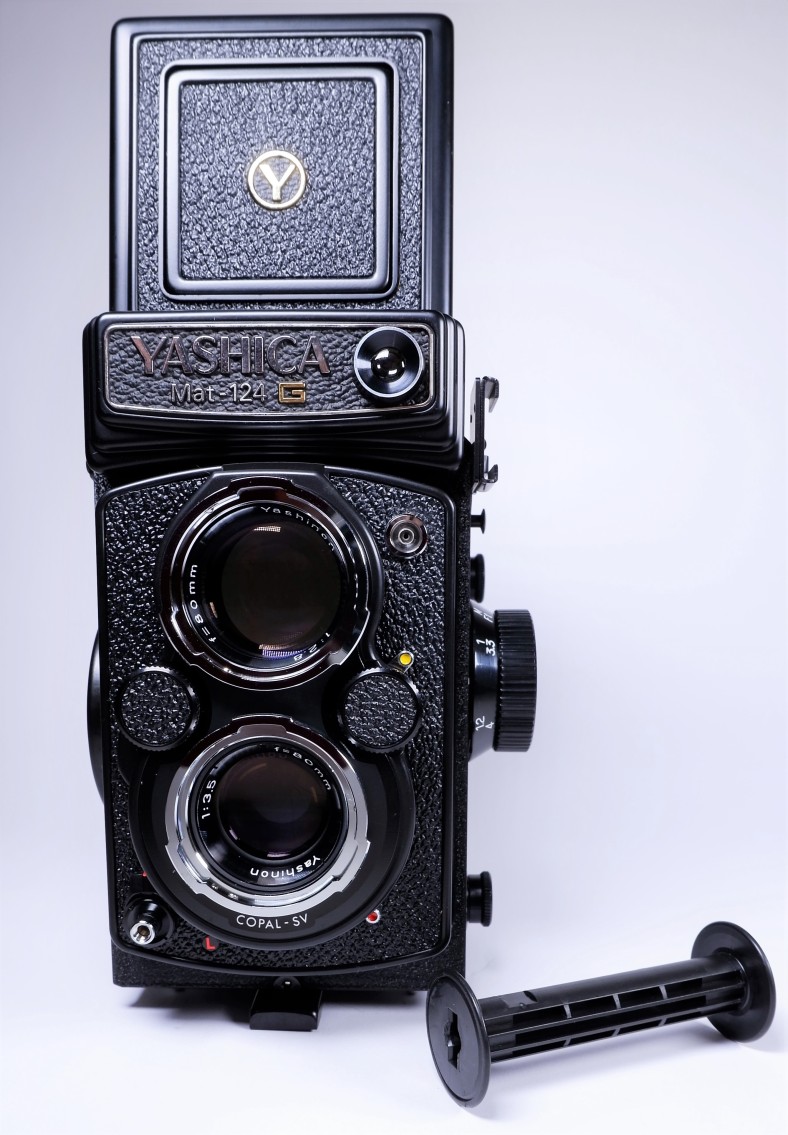 In my opinion, there’s nothing cheap about the Yashica-Mat 124G. I think it’s actually quite modern looking given that a TLR is far from advanced design and technology. Yes, Yashica switched from using chrome metal trim items in favor of black plastic pieces but have you ever looked closely at Canon’s T90 and EOS 650? Even the F3 uses plastic – done well there’s nothing wrong with it. The weight difference between my venerable mid-1960s Yashica-Mat EM and my 124G is about one ounce.

In summary, if you want to experience medium format photography at its best you can’t go wrong with either a classic from Yashica like the Yashica D, EM or Mat or this modern classic the Yashica-Mat 124G. The Tomioka made optics are sharp, the Copal shutters are accurate and the build quality from Yashica was second to none (millions made).

Thanks for stopping by and be sure to visit my shop at http://www.ccstudio2380.com