What connection could this attractive 35 mm rangefinder camera have with Yashica? And why on earth is it in a blog about the Yashica Pentamatic??? 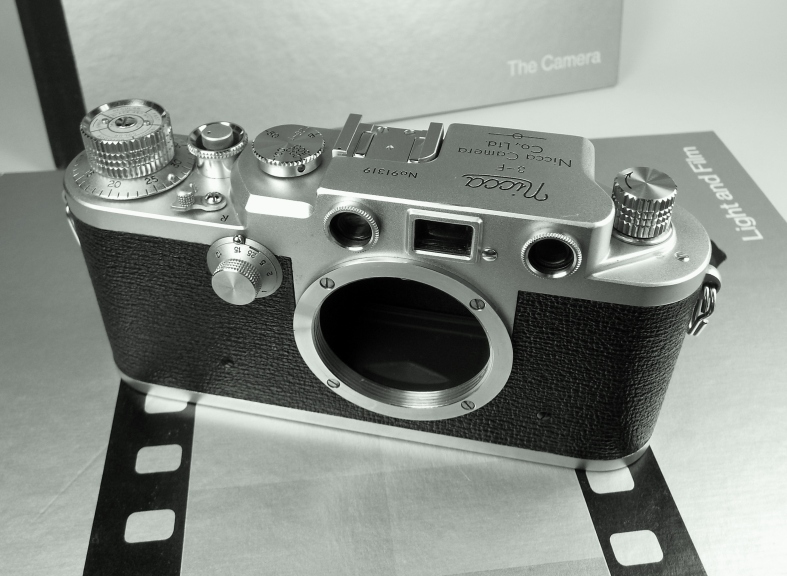 First a little bit about Nicca. Nicca was one of the literally hundreds of camera manufacturers in Japan during the late 1940s and through the 1950s. Production appears to have been, on average, anywhere from just a few hundred units per year to nearly 5,000 per year by 1958. Nicca made what many consider to be one of the better Leica copy cameras. The fit and finish of this particular 3-F are extraordinary. After six decades of use, the camera still functions perfectly and the finish is beautiful. Of note, the leatherette is some of the finest we’ve seen from this period. It is still tight and complete and is a joy to hold this camera.

To keep things in perspective, it is a rather simple camera… focal plane shutter, highest speed 1/500th of a second, no built-in exposure meter, no mirror, no self-timer and a straightforward film advance knob vice single stroke lever (later model did add the lever). Simple but executed well. 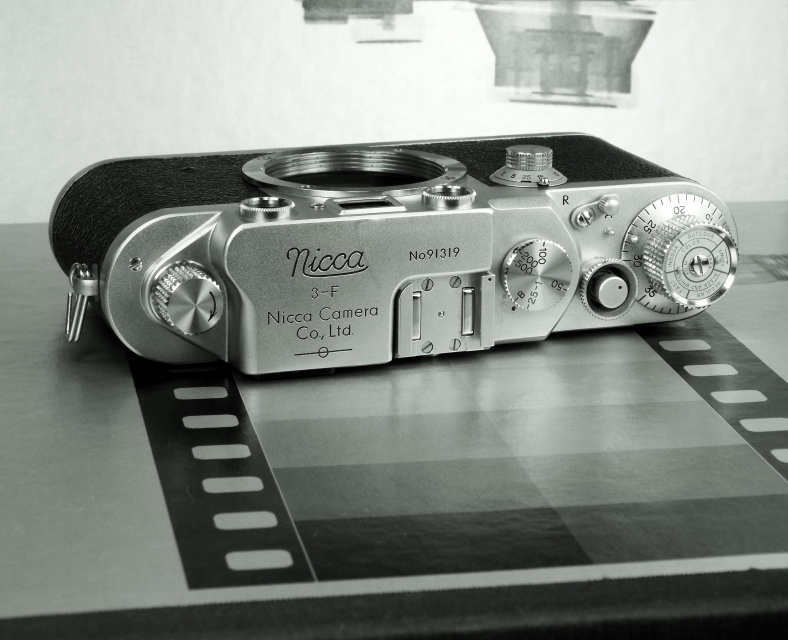 The business side of the 3-F. Traditional layout of the controls… this was Nicca’s last model with the knob film advance (they did produce this model with a film advance lever in late 1957).

Where’s the connection with Yashica? In May 1958, Yashima (pre-Yashica) purchased the Nicca Camera Company which by some accounts was struggling and near bankruptcy. We’ve yet to find proof of the bankruptcy part of this narrative but we will continue to pursue it. Yashima, soon to be Yashica, wanted access to Nicca’s technology, design and small camera manufacturing abilities as Yashima lacked experience in 35 mm camera production. We’re sure there was some desire to acquire Nicca’s focal plane shutter technology as Yashima for the most part only made TLRs (just released an 8 mm movie camera and the Yashica 35). Nicca produced two more models(?) under its own name before Yashica released the Nicca-Yashica YF in 1959. Yashica quickly stopped making rangefinder cameras with interchangeable lenses by 1960. We have always found it to be a bit odd but rangefinders with interchangeable lenses were quickly being pushed aside by 35 mm SLRs for all angles… including Yashica with its Pentamatic ’35’.

What’s the relationship with the Pentamatic? The Pentamatic was more than likely designed in the early part of 1959 and may have been originally a Nicca design (more of that later). Distribution of the Pentamatic occurred in the spring of 1960 with a widescale release and advertising by June 1960 (in the US). The Pentamatic was Yashica’s first 35 mm single-lens reflex (SLR) camera. If featured a focal plane shutter with a top speed of 1/1000th of a second. Nicca’s knowledge was directly used in the Pentamatic. 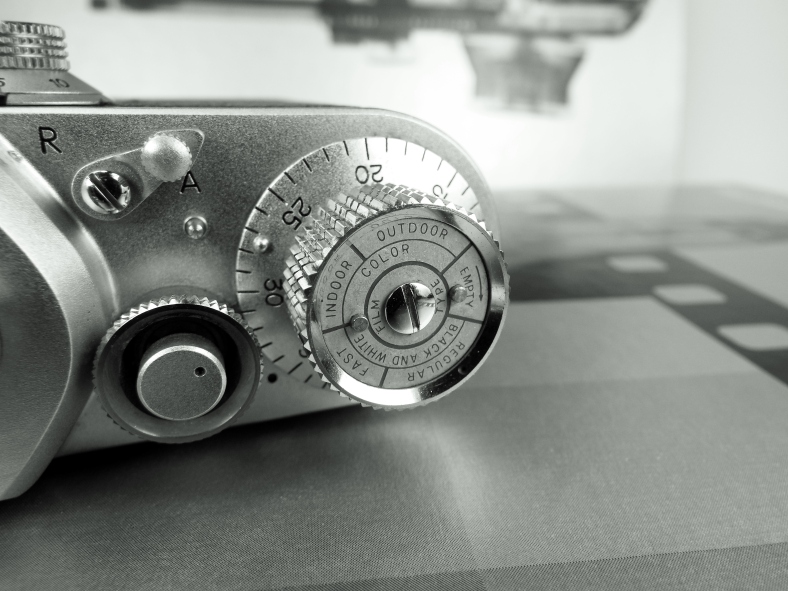 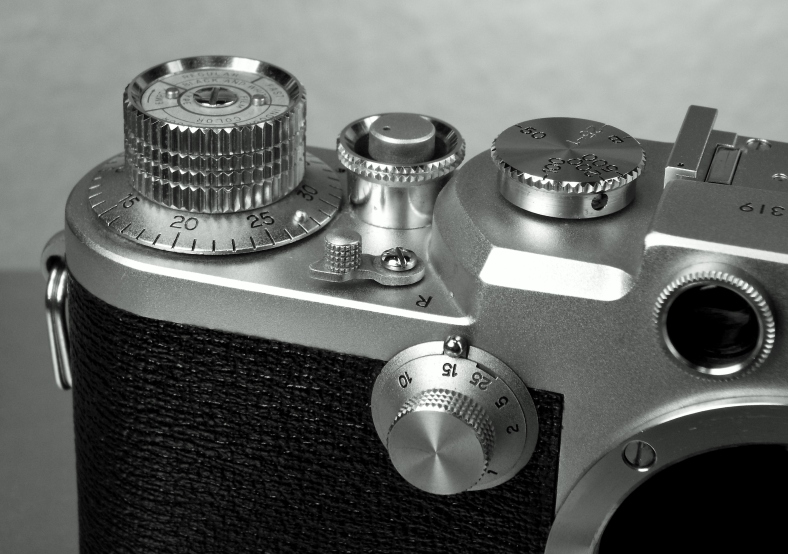 Close-up of the slow speed knob.

It appears that when Yashima purchased Nicca in 1958, there wasn’t an immediate transfer of the company’s assets to Yashima. Instead, Nicca Camera Company became Taiho Optics (or Optical) a subsidiary or new company of the Nicca-Yashica amalgamation. Mr. Ushiyama, founder, and president of Yashica received council that it was not in Yashica’s best interest to proceed with the merger (as the decision to acquire Nicca was made in haste). Instead, Taiho Optics would go on to produce some of its own lenses and lend support and design experience (and personnel) to Yashica. Why? Yashica wanted to build a 35 mm SLR and Nicca was an important stepping stone on that path.

Thanks for your visit… please feel free to leave comments.