As a die-hard collector of Yashica cameras and photo gear, I can’t pass up the opportunity to share interesting bits that represent Yashica’s history. Of course, Yashica started off as Yashima and this represents the only camera that bore the Yashima name. Subsequent cameras quickly were named Yashica while the company name remained Yashima (until 1958).

So the Yashima Flex is pretty unique as it is a one-off. Here’s a pretty rare find – an original box for the Yashima Flex from 1953. The box structurally is sound and the graphics are clear and still appealing. There is some embedded soil that stained the paper on the top of the box but that’s to be expected as the top receives the most fallout from pollutants. 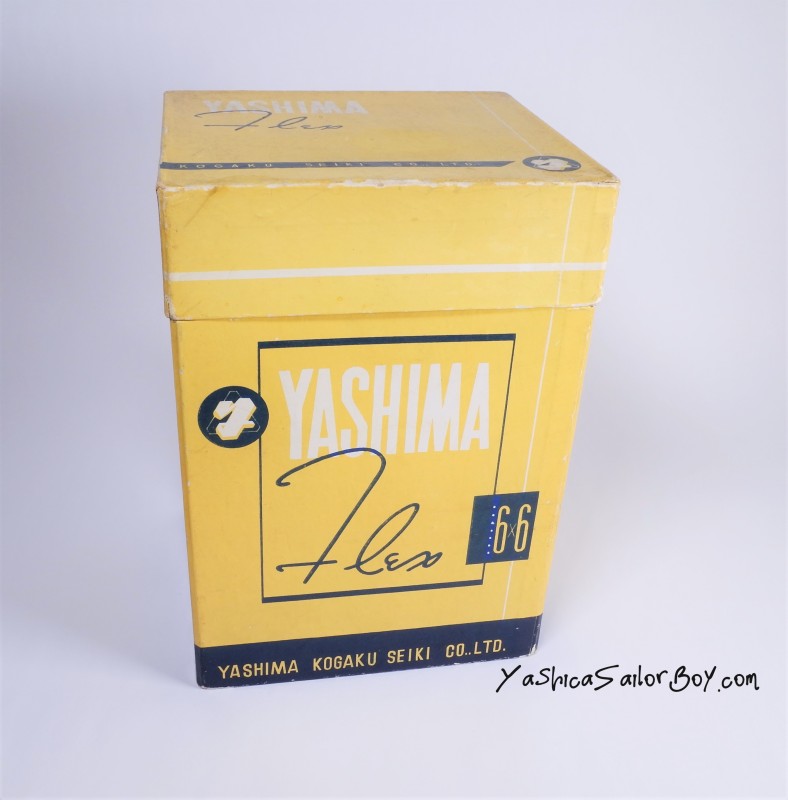 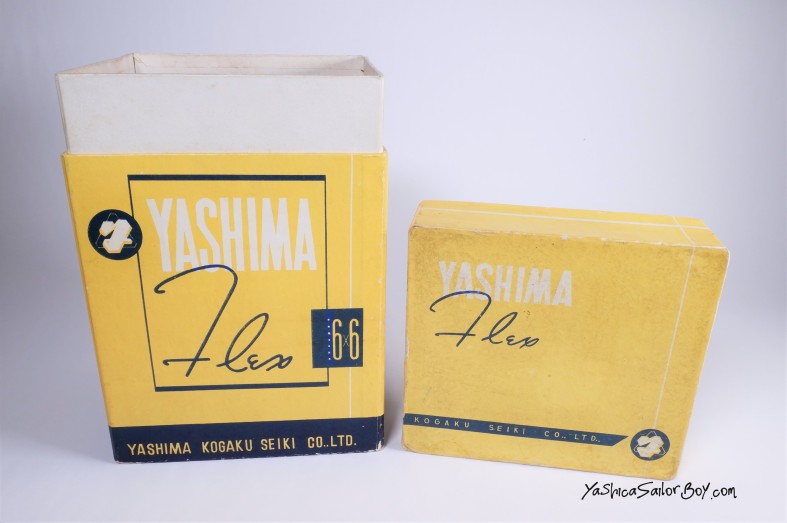 This is spot on to the actual color of the box (faded I’m sure after all these years).

These boxes are often called presentation boxes as they were inside of an outer cardboard shipping box. As best as I can tell, the boxes were never intended to be a place to store your camera when not in use so most were disposed of as soon as the camera was used. There’s no reason not to store your camera in its leather case in the box other than it wasn’t very convenient to do so. Finding an intact box for a camera made in Japan sixty-five years ago is pretty amazing especially considering that there weren’t many made.

Yashima was a startup just like hundreds of others in post-war Japan. How their boxes looked in a dealers display mattered so these early 1950s boxes often were made extremely well. To give an idea of its size here are its dimensions. About 7 inches tall, 5 inches wide and 4.25 inches deep ( 170 x 124 x 110mm).

Yashima’s pride and joy! Not quite as good a representation of the actual color of the box compared to pictures earlier in this post.

Thanks for stopping by! Chris