The TL-Electro was one of Yashica’s longest-running models in the very successful TL Series of 35mm single-lens reflex (SLR) cameras. Don’t confuse this model with the better known TL Electro X or TL Electro X ITS. It’s a totally different camera but equally important to Yashica’s success during the 1970s.

By analyzing serial numbers my good friend Paul Sokk ( YashicaTlr.com ) and I have determined that the TL-Electro was in production from April 1972 to February 1978. There’s still a chance of finding a few cameras outside of these dates but at this time they look pretty accurate.

Essentially the TL-Electro is an updated version of the Yashica TL which was first produced in November 1967. The TL used a meter needle centering system vice the lighted arrows in the TL-Electro (same side and location in the viewfinder display).

Cover of the instruction booklet dated 1974. 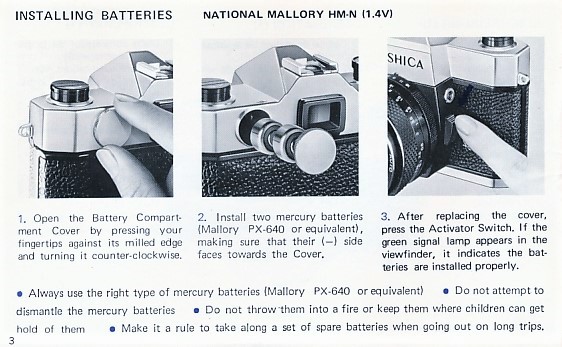 From the instruction booklet. These exact batteries are no longer made (due to mercury) but there are replacements available that may do the job. The alkaline replacement is APX-640 or PX-640A (at 1.5v). The batteries only power the exposure meter system and not the shutter.

Original box that was with a camera that was produced in July 1973.

Below is the Yashica TL from late 1967. The TL was the second camera in the TL Series right after the TL-Super (1966). 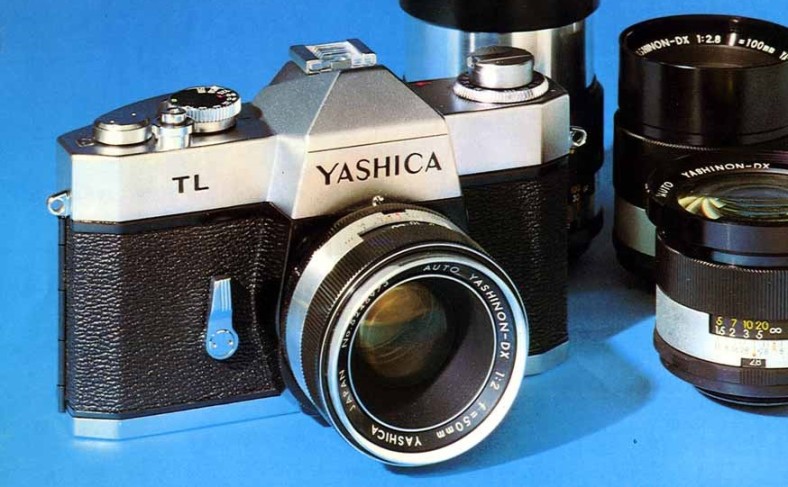 The very basic but highly functional Yashica TL from an undated sales brochure.

The Yashica TL and TL-Electro are almost exact matches with the exception of a few placements of the dials and levers. Of course, the TL uses a mechanical meter display system where the TL-Electro gains the IC Brain and lighted arrows for metering. I haven’t had the opportunity to weigh each body to compare them yet but I would guess that they are pretty close.

When shopping for the TL-Electro or TL obviously choose the best looking and most functional cameras that your budget will allow. The TL, Electro AX and the FFT are the hardest to find in good condition even though plenty were made over the years. All of Yashicas cameras during this period used M42 screw-in lenses so it’s easy to mix and match.